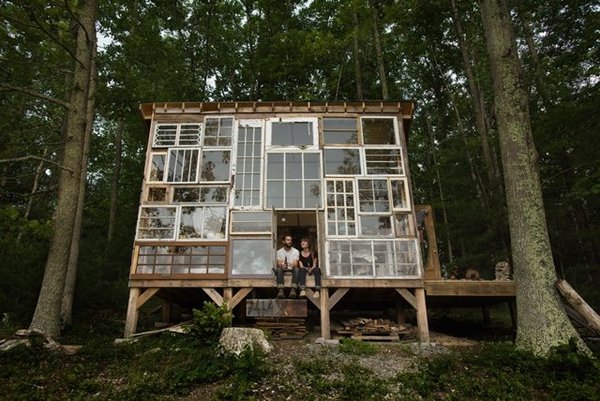 Meet Nick Olson and Lilah Horwitz, a young couple from West Virginia who built this woodland retreat from (mostly) upcycled materials. Nick, a photographer, and Lilah, a clothing designer, embarked in their DIY adventure after from a desire to be “closer to the elements,” and used as many materials found on the property that they could. The concept and design of this house allows for plenty of light to enter the home throughout the day. 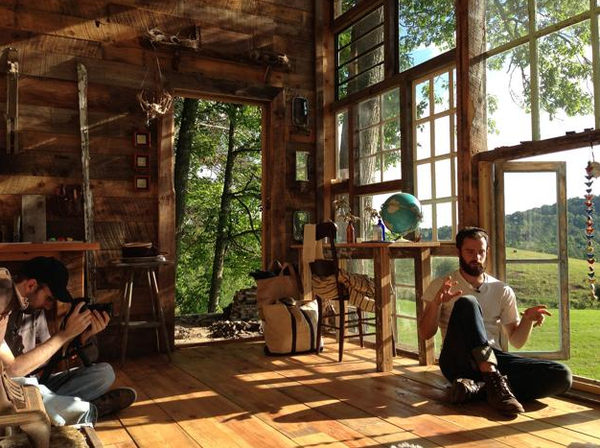 The cool part?  They built the whole thing by themselves…every single window, board, and door was hammered and nailed by them. “The building process was sometimes frustrating, Horwitz said. The two built the entire structure themselves – their only audience was the occasional curious deer, rabbit or fox. The home’s front window wall is about 16 feet high, but the base of the structure is another 4 feet off the ground, Horwitz said. ‘It was just the two of us trying to put up these gigantic posts. It was scary and hard,’ she said. ‘Looking at it now, it’s just totally insane. It’s huge. I realize now that’s what makes it so amazing.’ “

The structure is more of a creative retreat than a permanent, energy-efficient home, but what a space it is.

To read the whole story, check out the full article on Yahoo Homes.