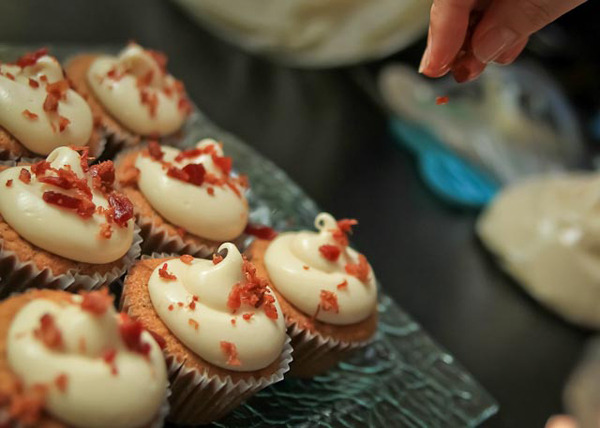 I have been making craft beer cupcakes for over four years now down in San Diego with my business PubCakes. I design my cupcakes for beer lovers (and I’m talking about the kind of person who drinks beer for the taste, not chugs for the buzz), but these cupcakes are super tasty, even if you don’t crave a sudsy beverage on a hot day.

The base of my cupcakes is PubCakes Craft Beer Cake Mix, which you can find here on my Kickstarter which launched on August 5th. I’ve developed four distinct flavors to choose from, depending on what sort of beer you want to bake with, as well as a bunch of recipes to choose from on my website.

Because I’m guest-blogging for ManMadeDIY, I thought back to the days when I would cook at my boyfriend’s house.  And then I remembered what I was able to find on hand in his kitchen. So, I decided to make my Beer for Breakfast cupcakes using only a wooden spoon…. that’s right, I left my KitchenAid behind. 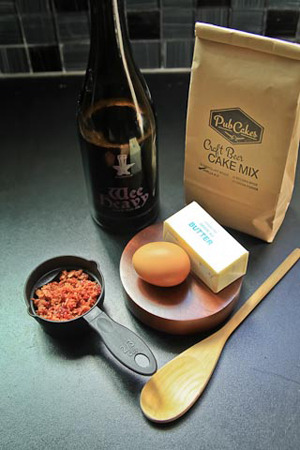 In a large bowl, beat egg. Slowly add the beer and butter mixture. Add the cake mix then the crumbled bacon, and mix until combined. 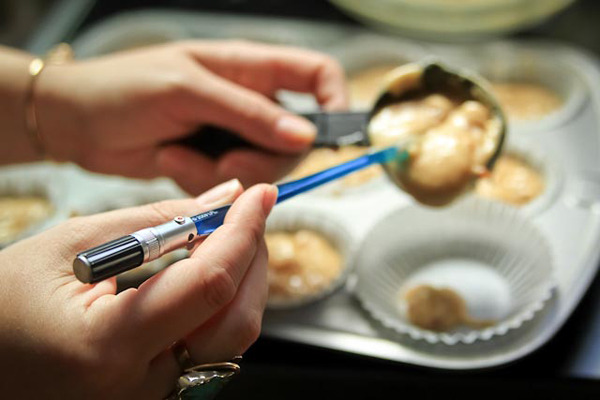 Cupcakes are done when an inserted toothpick comes out clean.

Place room temperature butter and cream cheese in a mixing bowl. Beat until smooth… if you couldn’t tell from the pictures, this is a bit of a workout.

Continue to whip until the mixture slightly lightens in color and gets a bit fluffy.

To frost the cooled cupcakes, pour the frosting into a freezer bag and snip off the corner.

Finally top the cupcakes with more bacon crumbles (this is what makes them pretty). 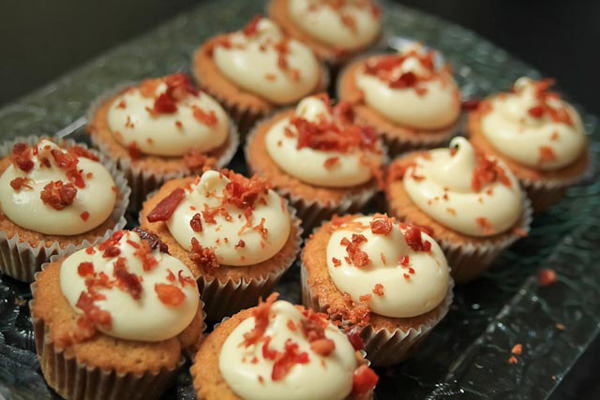 Now, go you drink that beer you had left in the bottle to enjoy WITH your cupcakes. Because it tastes so much better that way. 😉