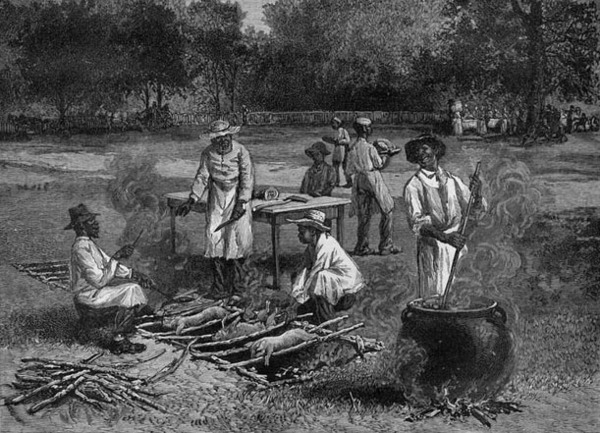 If there was ever a truly American food tradition, my vote goes to barbecue. This unique culinary tradition is quite a hot button issue in the “barbecue belt,” which extends from the Carolinas through Tennessee and Georgia then into Missouri/Kansas and Texas. So, Smithsonian magazine’s Food & Think asked, “From where did these traditions come, and how, in a relatively small region of the country, have they evolved along such different paths?” The answer, of course, is low and slow. And delicious.

“The history of American barbecue is as diverse as the variations themselves, charting the path of a Caribbean cooking style brought north by Spanish conquistadors, moved westward by settlers, and seasoned with the flavors of European cultures…” and early barbecuing traditions go back to pre-Christopher Columbus times. Yessir.

Read the full history at Food & Think: The Evolution of American Barbecue