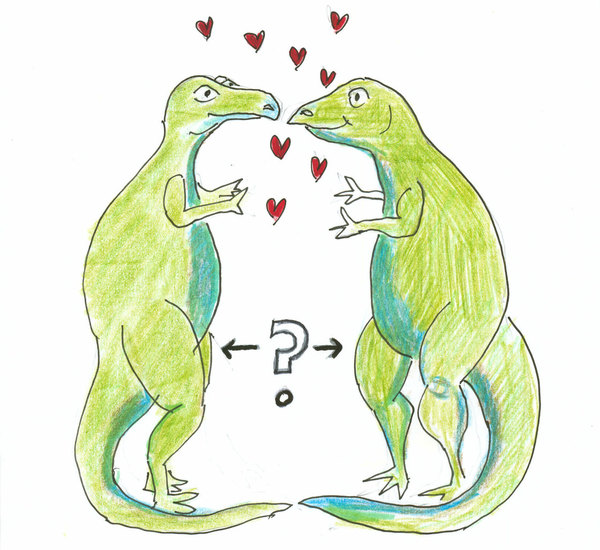 Look…I’m totally willing to admit that this has nothing to do with crafting…or men…or DIY stuff. But, it’s one of the more fascinating things that’s captured my attention in a long while, and I think you’ll enjoy it too.

The question is: If dinosaurs ruled the earth for 130 million years, they had to reproduce. And since they have some of the least babymaking features, how, exactly, did they do it?    Robert Krulwich explores the question with My Beloved Brotosaurus author Brian Switek. The key problems here, when you think about it:

First, dinosaur ladies and dinosaur gentlemen were roughly the same size. No big/little asymmetry as with spiders. With spiders, the little fellow mounts the big lady. There are no body-crushing weight issues.

Second, dinosaurs often had huge tails right above where the opening would be. What do you do with those tails? Where do you put them that’s out of the way? They’re huge.

And third, some dinosaurs are covered with spikes, plates and barbs. So it’s the porcupine problem: How do you make contact without getting hurt?

But, of course, they figured it out, somehow, and the possibilities are fascinating.