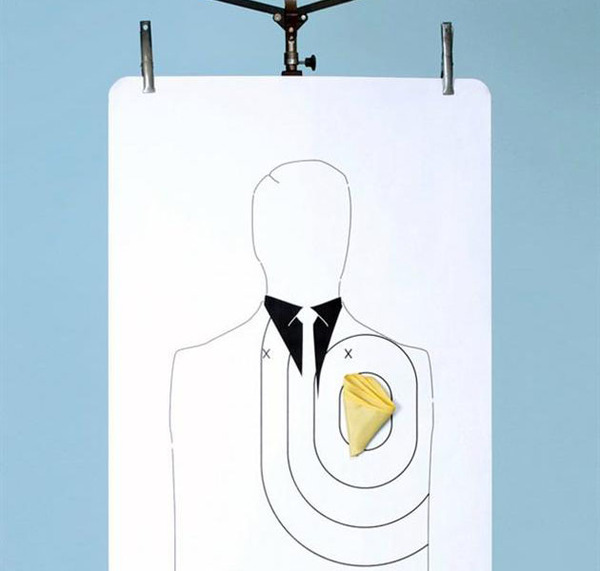 Let’s say you were headed to a cocktail party, and you’ll be sporting a jacket and tie. And let’s imagine, for some reason or another, you suspect that you might either find yourself in a tussle in which someone may end up firing a bullet on you, or that you’re quite certain there’s a hit on you, and this cocktail party might be the very location in which said gun for hire may take its opportunity. No judgment here.

Or, let’s say you were headed to a cocktail party, and you’re sporting a jacket and tie, and you might like a small anecdote to share with that guy you’ll end up in an awkward silence with about forty minutes in.

Either way: check out this bulletproof pocket square. 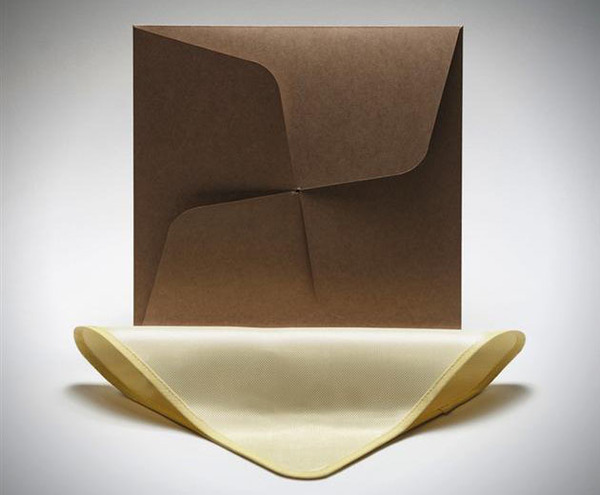 The piece is from Icelandic designer Sruli Recht and is dubbed “The Damned.” It’s made from military-grade ballastic Aramid fiber, and supposedly if you fold it at least seven times and place it over your heart, supposedly there’s a small chance that while you’ll end up with bruised and broken bones, a bullet might not penetrate your heart. The designer says,

If a gun is aimed at you, fired, and the slug hits you, you will be hurt despite the properties of the square; The impact of the projectile itself is likely to fracture your bones bones and bruise you.  According to the specifications of the textile, a ballistic projectile such as a bullet will not pass through seven layers of this material.  We take NO responsibility for those who feel compelled to test the endurance or resistance of the textile in any way.”

So…maybe just that interesting anecdote option. Also, don’t find yourself in a position where you might get shot at a cocktail party. That’s bad manners.

Learn more at Hi Consumption, and buy one for $144 at Sruli Recht’s web site.