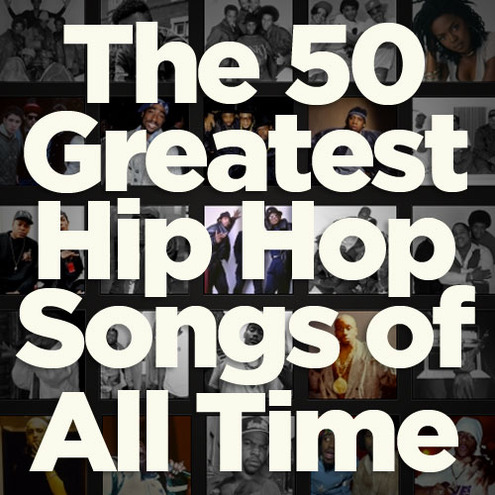 The greatest hip-hop songs have the power to pull energy and excitement and anger and questions and self-doubt and raw emotion out of you. It could be a song that sets your neighborhood on fire (“Rebel Without a Pause”) or a song on your headphones that makes you rethink what hip-hop is (Ultramagnetic MCs’ “Ego Trippin’ ”). The common thread is change. The best hip-hop songs aren’t blueprints – they are calls to action, reminders that you can start a revolution in three minutes. Just keep that clock radio on.

The top ten won’t surprise many, and the list itself is certainly worth a read, but you can also hear every song on a Spotify playlist assembled for the event. Dope.

The 50 Greatest Hip-Hop Songs of All Time