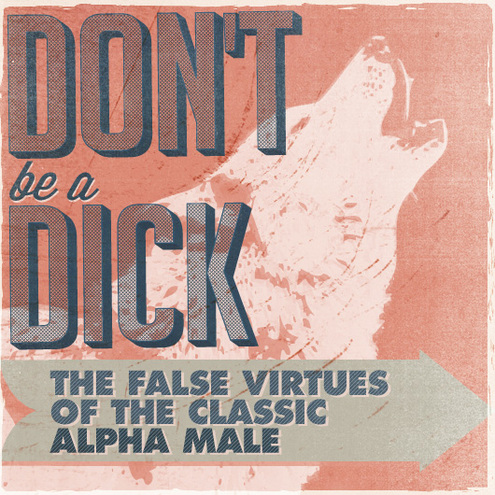 Be a good man.

For many guys in the twenty-first century, aspiring to the “good” part is easy…it’s the man part that seems tough. Those who’ve never been much moved by abstract virtues that aren’t sensitive to one’s specific context can find it tough to embrace their masculinity without becoming an arrogant jerk.   But there is another way. Jack Busch reflects on what it might mean to embrace an idea of a “postmasculine” alpha male, that is, finding the medium on the passive vs. aggressive spectrum – that is, assertive. 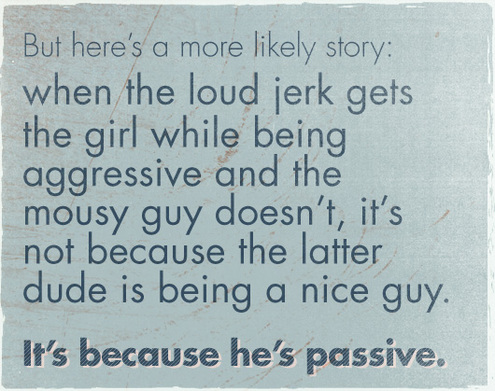 Douchebagging your way to the top is the fossil fuels of ladder climbing. It’ll get you there fast and cheap, but it’ll leave the environment far too toxic to live in comfortably. In a word, it’s unsustainable.

Life in the wild is short. Life in human society is not. A ruthless power grab will leave you with a short-lived reign and a kingdom of burned bridges. If you want to pursue your ambitions, whether in the dating game, the corporate world or anywhere else, go about it like a non-sociopath. The slow and sustainable path holds infinitely more rewards.

Really, this is an incredibly thoughtful and thought-provoking article, and I’m declaring a must-read for every man alive in 2012. Hop to it.

Don’t Be a Dick: The False Virtues of the Classic Alpha Male [Primer.com]