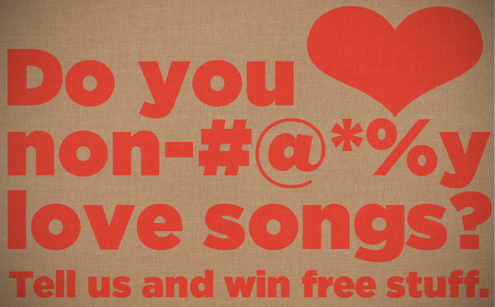 I’m not opposed to the idea of Valentine’s Day. I actually quite like it. I mean, I understand and sympathize with the argument that you shouldn’t need a greeting card-sponsored single day of the year to tell someone you love them. Sure. Yeah, duh. Nobody actually only does that on Valentine’s Day. And if you do, you’re a butthole, and Valentine’s Day isn’t really for you, is it?

But there is an appeal of having a day of the year dedicated to reflecting on where your love life might be. If you’re in a long-term relationship, having a marker to see how it might have grown and changed over the years is at least interesting, if not helpful, if you’re open to it. If you’ve spent the last few V-Days with different folks, or with no one in particular, it might be somewhat painful, but could also serve as a way to reflect on the role of all relationships in becoming who you are, and what you actually really want from them.

The problem, of course, is in the execution of Valentine’s Day. I’m not much for red roses and babies breath, but that’s only an aesthetic problem, cause I think flowers are generally kinda cool. I can go without stuffed animals and factory candies, but am always a fan of sharing thoughtful cards and handwritten messages, and being intentional about all sorts of intimacy. (You know what I’m getting at.)

But the one place where I think we really need to rethink Valentine’s Day? The love song. And that’s where I need your help.   If you do a Google image search for “Love Song” you get, among others, stuff like this:

Now, of course I recognize that a Google image search is a terrible way to discuss trends in music choices, but you get the point. For whatever reason, there is a dominate understanding of what a love song should be…which is, namely, cheesy. Straight catharsis, appealing to established performance trends instead of actual sentiment, often emotionally manipulative, and breathy piano required.

And yet, we all know amazing songs about love. Heck, more than 75% of songs ever written are about love. It’s an incredible thing worth trying to capture.

So, I’m asking this: tell me your favorite love songs. Like, in the traditional sense – actual songs about why relationships can be awesome, and true intimacy makes you wanna sing kind of stuff. No breakup songs, no I’m-looking-in-the-rear-view-mirror talk, but generally optimistic ones, while still being honest. New stuff, standards, indie rock, hip-hop, crooners…whatever you got. If you’ve got a soul, music touches it sometimes. Tell me when that happens, and post it in the comments below.

Next week, in plenty of time for Valentine’s Day, I’ll round some of them up, and we’ll talk about it more.

To say thanks, I’ll be randomly selecting ten commenters, and I’ll givet them a full set (downloadable eBooks) of the Make It! how-to books that I co-authored and edited: Make It! Mid-Century Modern, Make It! Secondhand Chic, and Make It! Hardware Store Decor. That’s thirty-six original how-to projects (or something like that), a $30 value.

So, let’s have it, ManMade readers. What’s a love song that you actually love?