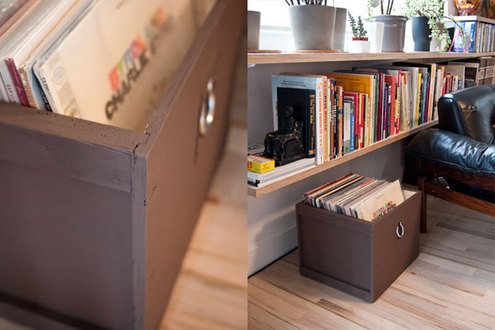 Physical music media have gone through a curious century. The vinyl album dominated for nearly 75 years, than gave way to a ten-year success of the cassette, which was left behind by the CD, with all the 8-tracks and mini-discs and other less successful technologies mixed in. And now, at least among those who are serious about music – a mix of the two extremes: digital, either as actual files or subscribed up the in cloud somewhere, and the original vinyl LP, still reknowned for its warm fideiity and large cover art.

Of course, modern furniture isn’t built to house LP collections. They don’t fit in contemporary milk crates, and most of those little flatpack cube-storage units are just a half-inch too small. So, it’s time to build your own. 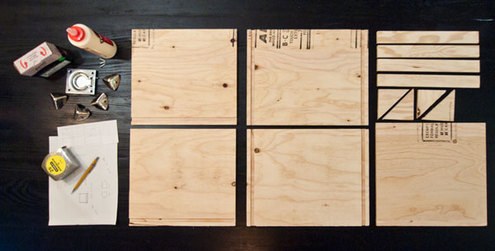 Matt from Wood & Faulk shows you how to whip one up from a basic 2×4′ project board. He says, “I’ve been needing some more room for my growing record collection and all the while have been looking for the right sized vintage box. I was hoping for something somewhat military surplus, but never found the right size or condition. If I found something, it was always a one-off and typically poor shape. Here’s the plan to make some for yourself, and they’re easily replicable when your collection floweth-over.” 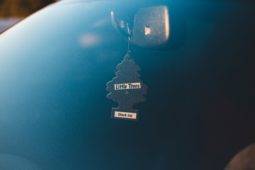 How To Keep A New Car Smell