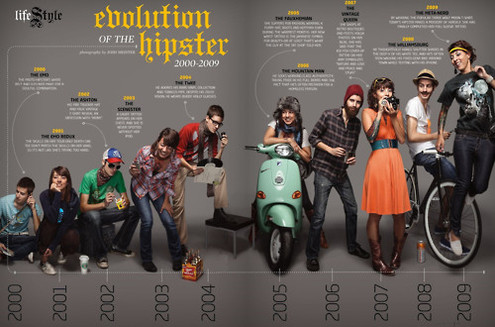 The days of giggling, LATFHing, and even hipster bingo are now, decidely, over. “But, really?” you say? “There’s just so many of them, and they’re so easy to point out, and the look is sooo ridiculous.”

You’re right. And that’s the point. With the total cultural saturation of hipsterdom, the joke? It’s over. This is a group that have been defined by the ability to be mocked, and the masses – those culturally aware enough to know it’s a thing, but then not purposely avoid defining themselves thereof – are the only ones perpetuating the stereotypes. 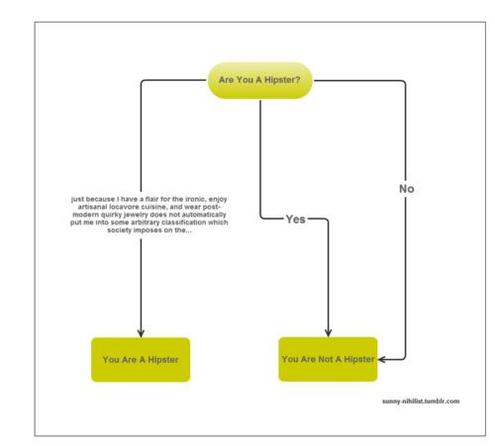 It’s as if popular culture has resorted to mocking hipsters because they’re hipsters, not because they do the things that hipsters do, worthy of ridicule or not.

They deserve to be made fun of as much as—if not more than—anybody else. But just because they’re an easy target it doesn’t mean their mocking must be effortless. Over the last four years or so, what was once a rich terrain for satire has been mired by laziness and a singular dependence on broad, overused stereotypes. Hopefully, by scrutinizing some of the more recent shortcomings, we can make way for smarter, more hilarious mockery….At the time, the humor came from the ludicrousness of going through every single cliché possible. Little did they know they were creating the formula that lesser hipster bashing videos were going to copy, without perspective or adding anything new, for years to come.

Now…a joke that people consistently proclaim to be “over” has seemingly become more widespread. Search “hipster” on YouTube, Buzzfeed, or FunnyorDie and you will find hundreds, if not thousands, of videos, images, memes, and comics with the same punchlines or, more accurately, the same stereotypes masquerading as punchlines. Most of these videos feel like they were written by way of a hipster Mad Lib — take something that is vaguely of the moment (the Tea Party, Jersey Shore, etc.) and just throw an assortment of hipster clichés in it.

The cavalcade of this type of failed hipster satire has shown no sign of slowing down. [Thom] Hunter spoke of his Upright Citizen’s Brigade sketch-writing teacher proclaiming, “50% of sketches now are hacky hipster parodies.” Some are uniquely executed, some are adorable, but generally all are treading in dated material. As Thom put it: “Hipster-bashing is done. We did it, then Hipster Olympics did it, then everybody did it. Now, finally, there are some hipsters popping up on network TV, but it’s five years too late for that joke.”

This, friends, is thoughtful and well-researched piece of writing, whether you’re into hipster bashing or not. Read it.

photos via I Love Charts