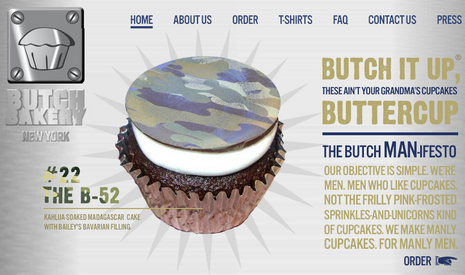 The cupcake craze may be oh-so-2007, but still, those little guys are delicious.

And according to David Arrick, they no longer only belong in the realm of princess birthday parties, feminine tastemaking blogs, and episodes of Sex in the City. ” ‘One day I was walking in the West Village by a cupcake place. There was a dad sitting with his little girl at this princess table, all girly and pink. The dad looked at me through the window and just rolled his eyes,’ he says. ‘That was my ‘ah-ha’ moment. Who says cupcakes have to be feminine?’ “

They seem pretty intense, too – many are soaked in spirits, and each come topped with a masculine pattern. And they’re sold in “rounds” of four, six, and twelve.Arrick rents a commercial space in Queens, and runs the operation only from its website, and the treats are delivered throughout Manhattan, Queens, and Brooklyn. 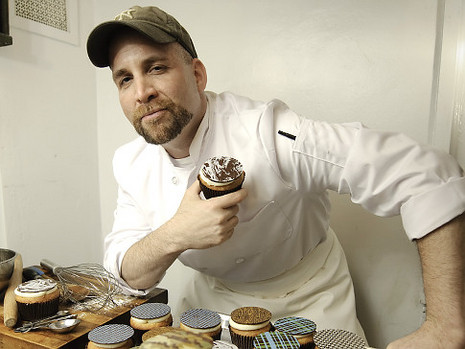 The whole concept goes a little far, but isn’t that what cupcakes are about, anyway? Novelty, indulgence, and getting just a little bit carried away?
Butch Bakery | New York
Read more at NY Daily News