You may have heard the claim that diving into water from high in the air is like diving into concrete. Maybe so, but do you really want to find out? Hard water isn’t relegated to a skydiver with a defective parachute, it’s a problem for homeowners across the nation.

It’s estimated that 85% of the water in the United States is classified as hard. Aside from needing more shampoo to wash your hair, or maybe that unsightly white film on your dishes, what is the problem with hard water? 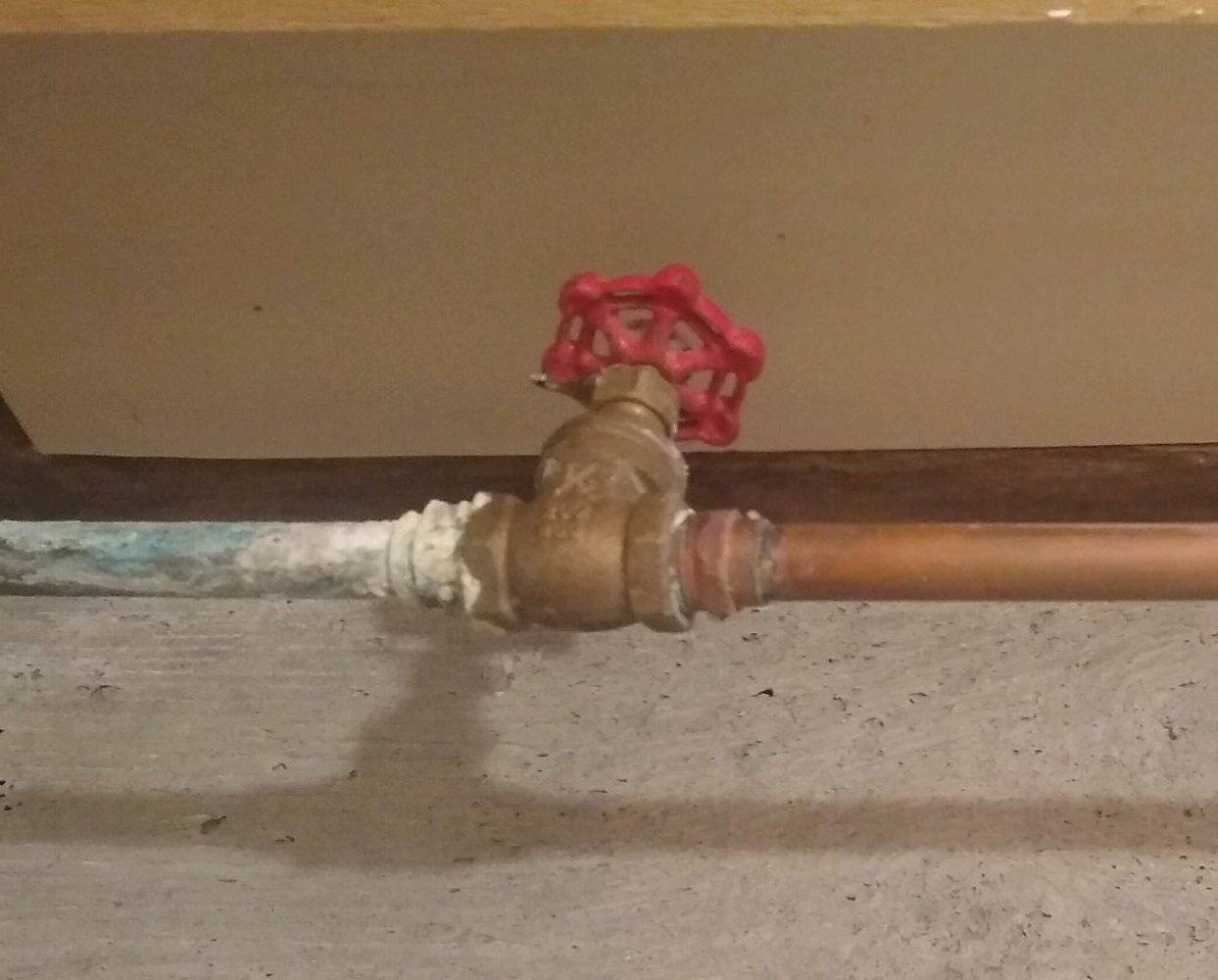 The Problem With Hard Water and Copper Pipes

First, a definition of what constitutes “hard water.” It’s the minerals, like calcium and magnesium in the water in high concentrations. These dissolved minerals have a corrosive effect on copper pipes. Over time they’ll develop pinhole leaks, particularly at right-angle joints and t-fittings.

A pinhole leak doesn’t sound like much, but leave one alone for a weekend and watch the damage to carpets, along with mold do a little corrosive action on your bank account.

The solution for many homeowners and do-it-yourselfers is to replace that copper pipe with cross-linked polyethylene pipe (PEX). 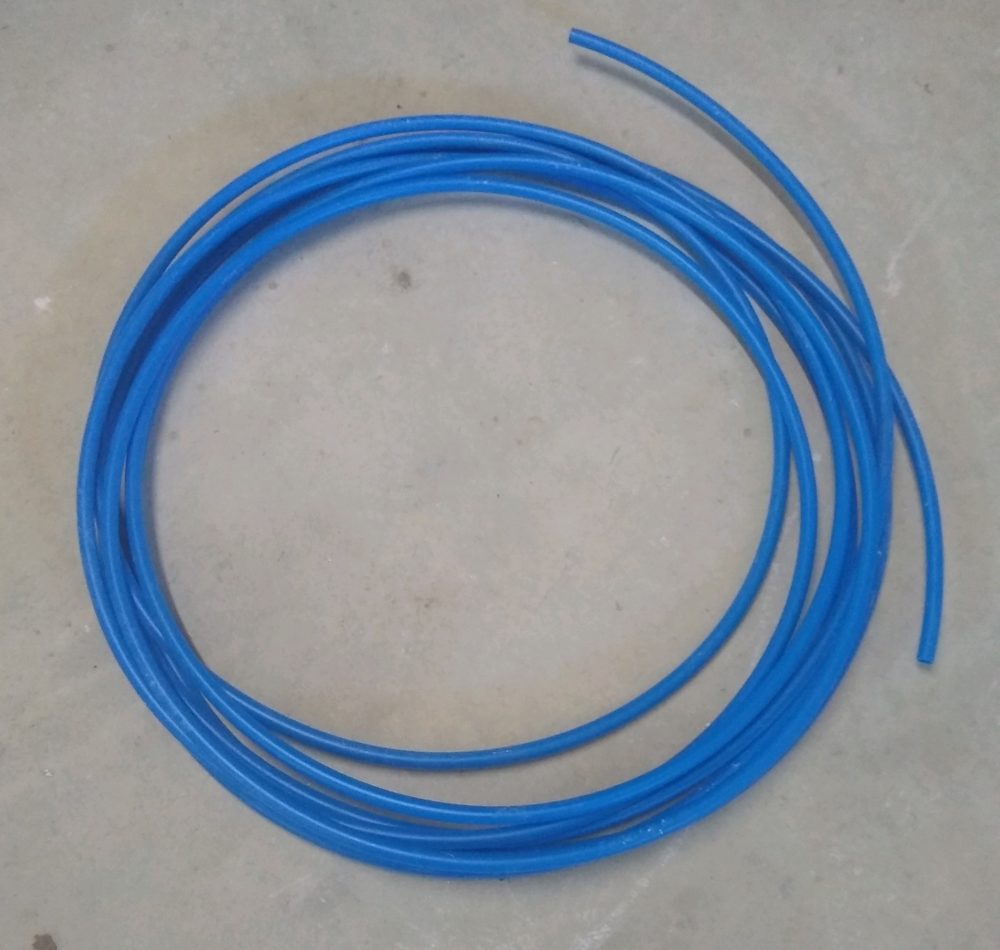 There are many advantages to both copper and PEX. Copper lasts longer in heavy chlorinated municipal water, is resistant to UV light, and has a longer lifespan, estimated at 70 years. On the other hand, copper is a soft metal, that corrodes easily. If you see white deposits leaching out from soldered joints in your copper pipes, you’ll eventually have corrosive leaks. Copper is also very expensive. Criminals don’t gut houses and steal PEX, but they do take copper plumbing and wiring to sell to recycling centers.

PEX for it’s worth is much less expensive, it’s easier to install, you don’t have to know how to solder, and it is forgiving if you measure a little short. It also resists freezing that would normally burst copper pipe, but, and there is always a caveat, it doesn’t last as long. PEX has a lifespan of 40 to 50 years, and it is not UV resistant.

With all those things to consider, many people still prefer PEX for its durability and ease of installation.

When installing PEX you’ll need a few basic tools. A pipe cutter, a PEX crimping tool, fittings, a measuring tape, and a few Sharkbite fittings. You can get all of those in this PEX crimping tool kit.

That old copper pipe in your walls can present a problem. You can leave it in the walls and under the floors, or you can rip it out, and sell it at a recycling center. Current scrap copper prices are over $2.50 a pound so you can recoup a little bit of the cost of your plumbing remodel if you sell it.

If you have space for your new PEX installation, leaving the old copper won’t hurt anything. If you choose to cut and pull the copper, you can use the existing holes in your studs and floor joist with the new PEX, saving a lot of time drilling new holes.

PEX comes in three colors, red, white, and blue. No, it’s not for patriotic reasons. It simply indicates hot, cold, or other lines. The color doesn’t matter, you can use all blue, all red, or all white, it just makes it easier to keep track of what line you’re working on if you keep red for hot, or blue for cold. 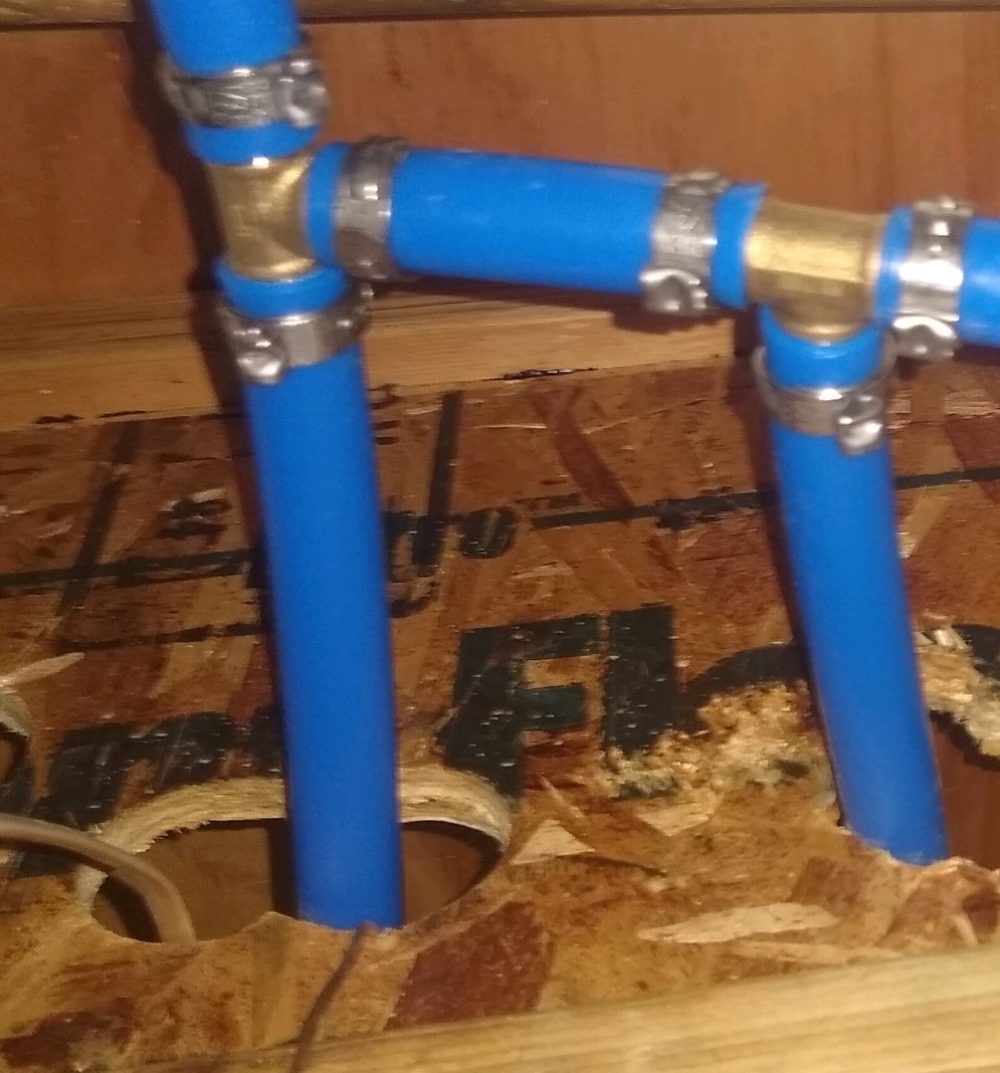 Start at one end of your plumbing with PEX. It is usually easier to track your way back from a sink, toilet, or shower towards the hot water heater and the cold water supply, but you can go either direction.

Cut a length of PEX, put a band over the end, insert a fitting then move to the next joint.  PEX comes in 30, 45, and 90-degree fittings, inline connectors, t-fittings, inline valves, and termination fittings that have male or female pipe fitting threads attached.

Just keep following the old copper lines and you’ll be fine. Pay close attention to junction points where water flows in two or more directions with multiple t-joints. You don’t want to proudly display your work and find you’ve cut off the washing machine or basement shower.

Sometimes you’ll want to leave the existing copper in place and connect PEX to it. That’s where the Sharkbite fitting comes in. 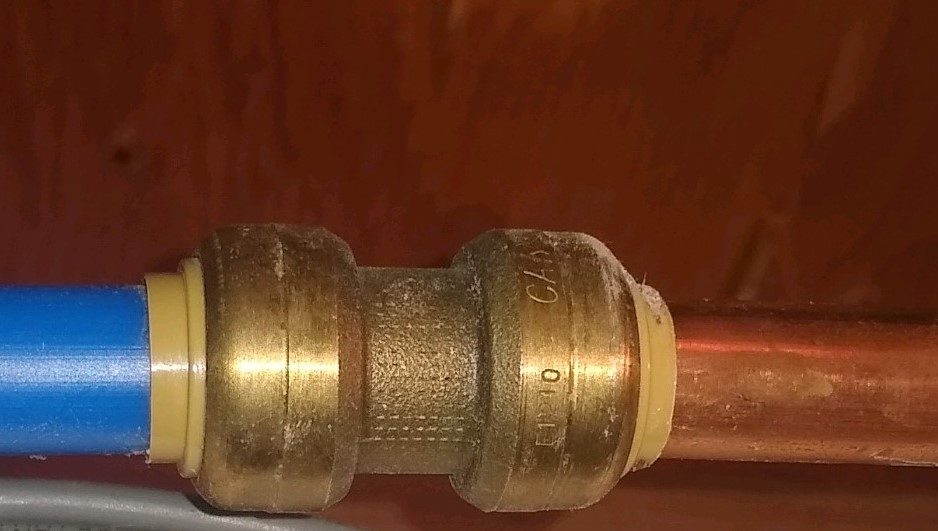 A Sharkbite fitting is a bit of mechanical wizardry that allows you to connect copper pipes without soldering, or copper to PEX with no crimping. It works via internal compression. Once you click the Sharkbite in place, the water pressure will do the rest and seal the joint.

If you ever need to replace it, a little plastic half-ring is all you need to break the seal, slide the inner fitting back, and release the pipe.

It’s a simple process to install PEX. Take your time, make careful measurements, and make sure every compression ring on every joint is crimped.

Many a do-it-yourselfer and even a few professional plumbers have missed a crimp, turned the water on, and watch a joint fly apart, flooding an area.

Cut, insert, crimp… that’s the process, sort of like lather, rinse repeat, but how hard the water is won’t matter in this process. If you end up making the switch from copper to PEX, let the ManMade community know by sharing it with us on our Facebook or Pinterest.

Next Post
This article may contain affiliate links and/or offers from our affiliate partners. Clicking on a link and/or completing an offer may result in a portion of proceeds from each transaction being paid to www.manmadediy.com
copper-pipe hard water pex pipe plumbing water