Most of our homes whether it be a newly built house or a rented apartment use drywall—also know in some areas as sheetrock. It’s durable, easy to clean, but annoying to fix if you did any accidental damage. Now you might have gotten away with damage in your dorm, or college apartment. But now, you’re living on your own. You are a serious homeowner or renter, with a mortgage and responsibilities.

That hole in the wall knocked through the drywall when the wind blew the front door open, or maybe the corner of your new couch ripped a jagged edge along the stairway as you moved it in is a problem. It doesn’t matter how it got there, you want to get rid of it, and get your wall back in pristine condition.

This is one of the easier home fixes for the do-it-yourselfer. 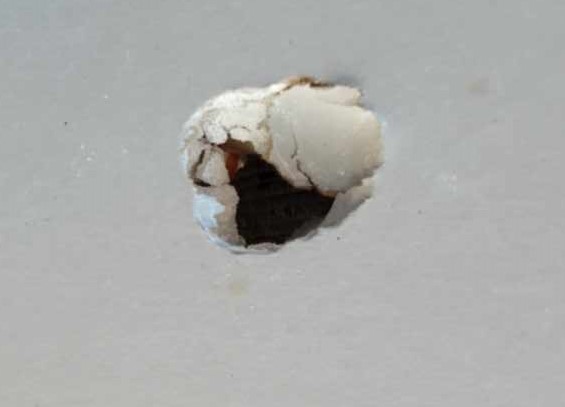 Don’t let an unsightly hole become the focal point of your wall. – Photo by Randy Tucker

The first step is to clean up the hole by cutting away the broken, shattered pieces of paper and drywall (gypsum wallboard is the official name) and creating a clean edge to work from. You can use a specially made drywall saw or just a sharp knife. Sometimes the best method is to score the paper with a sharp knife, then use a serrated knife to cut a rectangle around the hole. 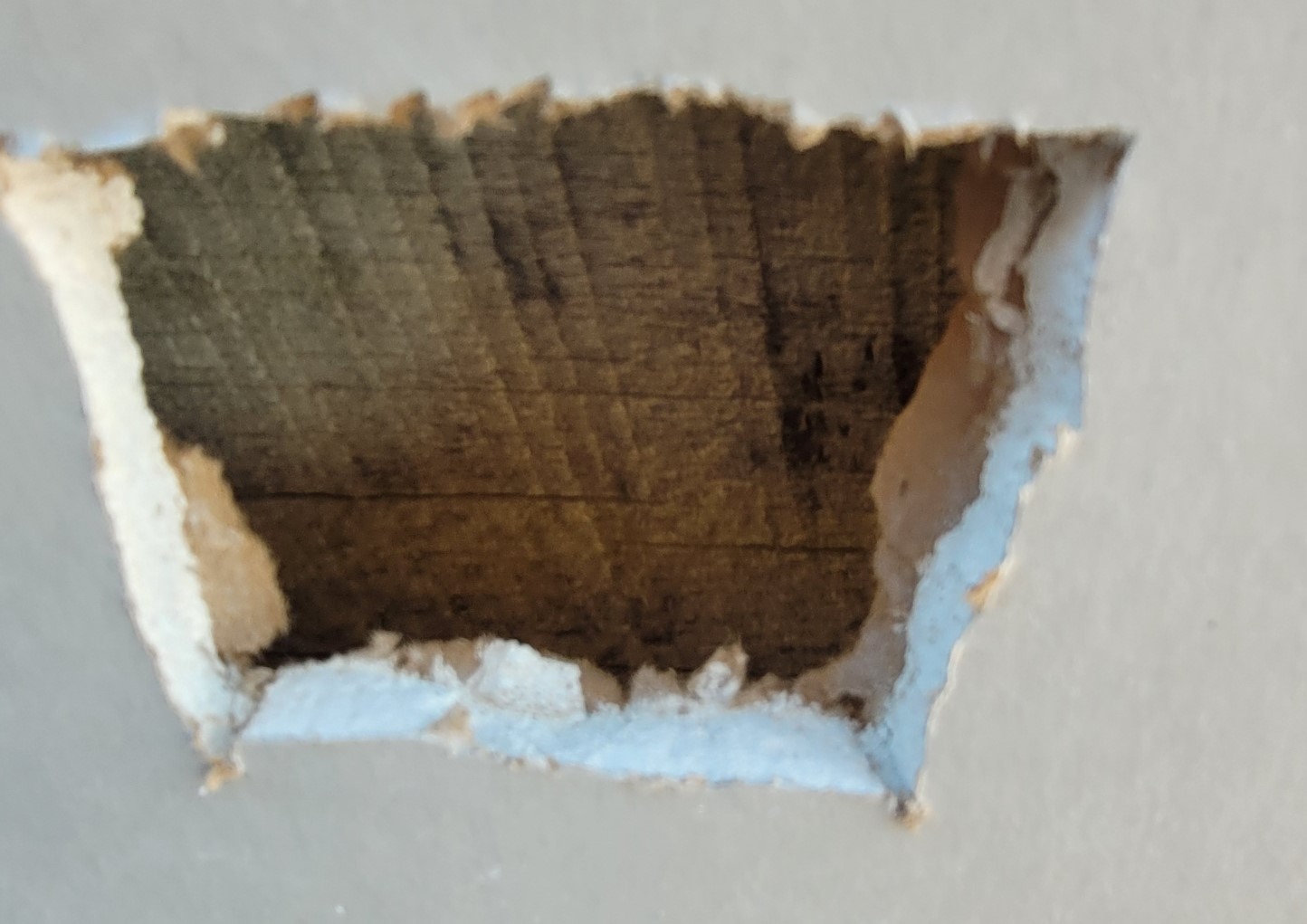 Cut a rectangular hole around the damage in your drywall wall. – Photo by Randy Tucker

Step 2: Create A “Backstop” And Patch

You need to create a “backstop” for the drywall repair. That backstop is a small piece of wood, with a hole drilled in the center and a piece of string attached to it.  The board should be longer and wider than the hole you cut in the wall.  You’ll be able to get into the hole on an angle while holding tightly to the string. 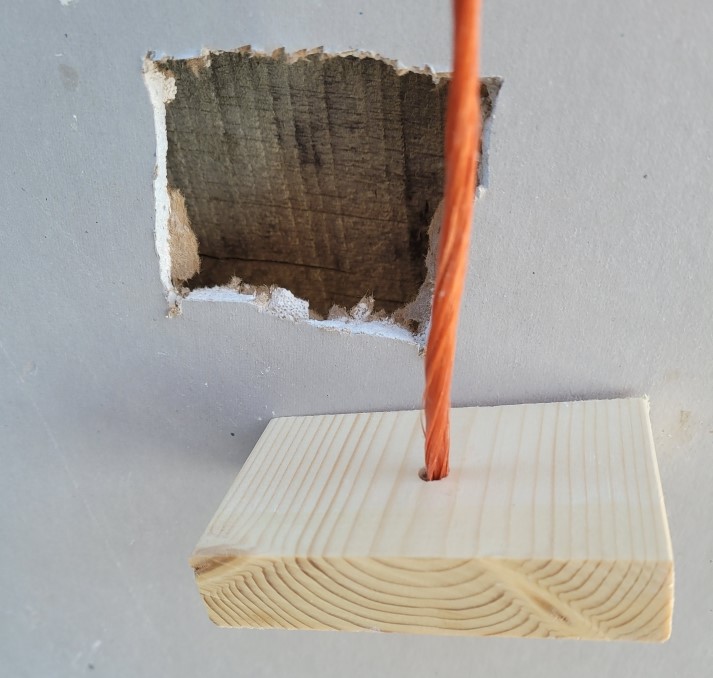 Attach a string through the center of a piece of wood slightly larger than your cut out section of wall. – Photo by Randy Tucker

Once it’s through the hole, pull it tight against the backside of the hole with the string. 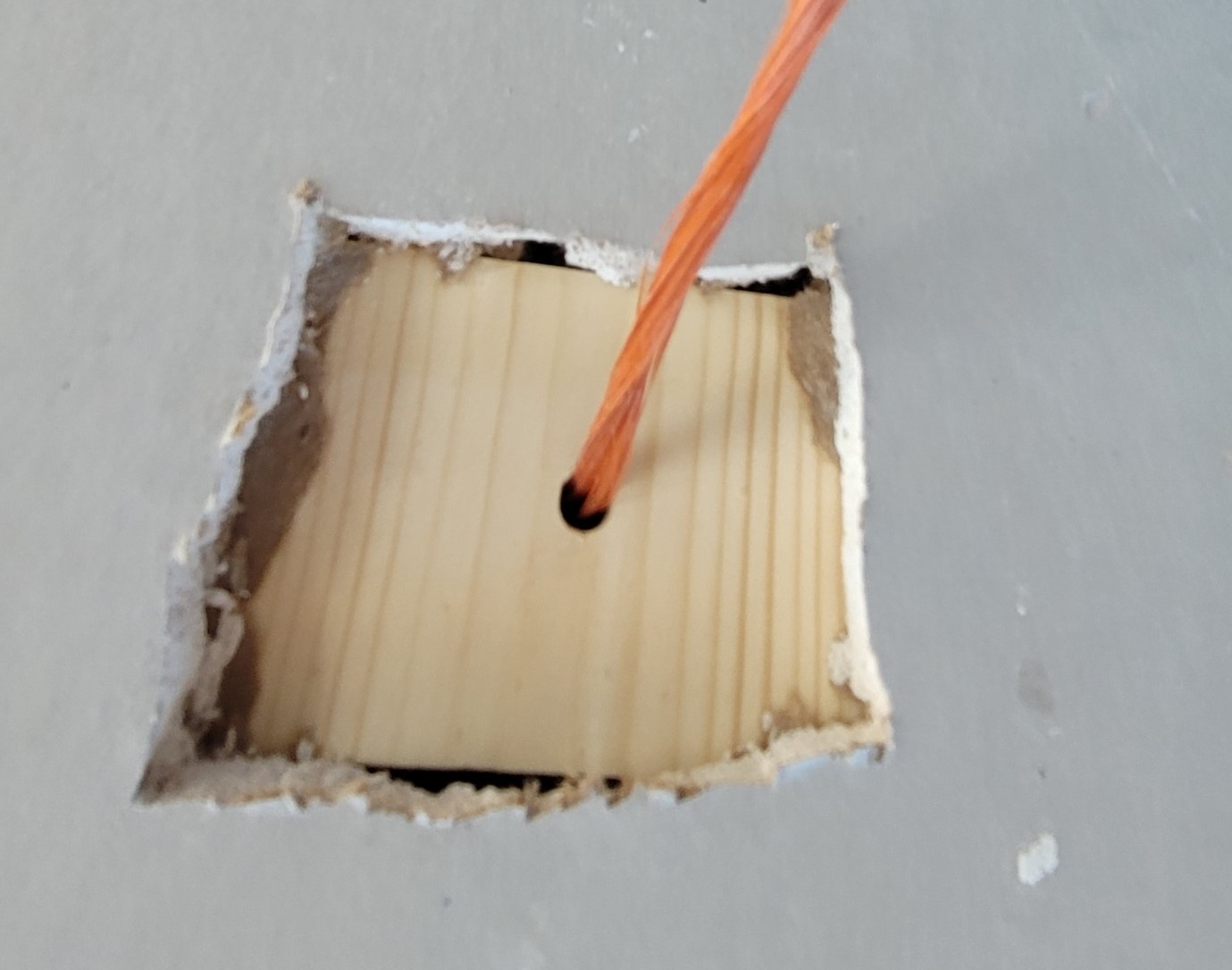 Now that the backstop is in place, attach a few screws on the edge of the hole into the board. Countersink the screws so they’re just below the surface of the drywall.  When they’re attached securely, cut the string holding the backstop in place and push it through the hole. 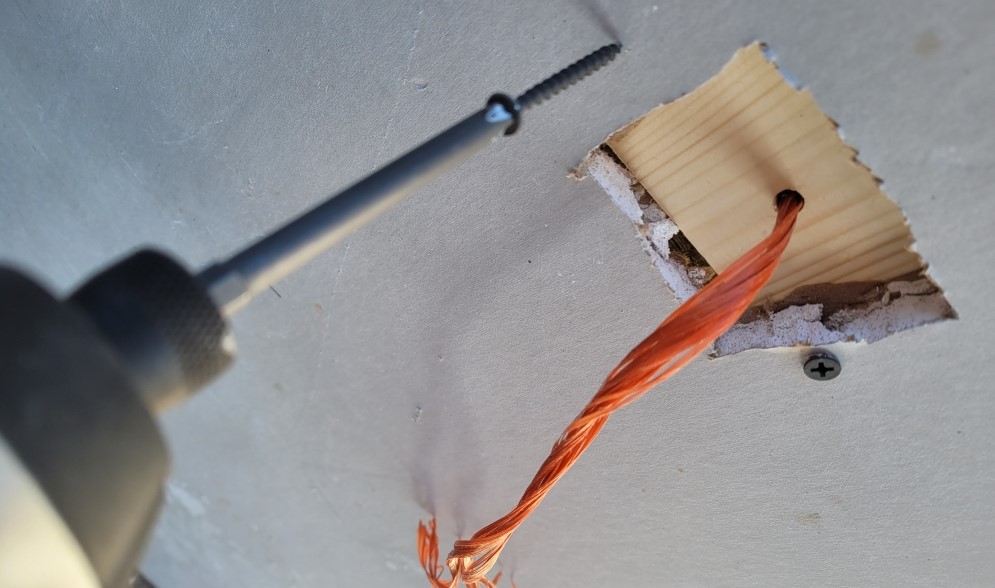 With the patch in place attach screws around the edge to hold the backstop in place. – Photo by Randy Tucker

Step 3: Fill In The Gaps Around Your Patch

You’ve created a patch. Now all you have to do is go to the hardware store, get a small container of drywall mud (gypsum wallboard repair) and fill the gaps surrounding your patch. While the mud is still wet, put some drywall paper on all four sides of the patch. Put a little more mud on top of the paper, smooth the entire assembly with a putty knife and wait for it to dry. 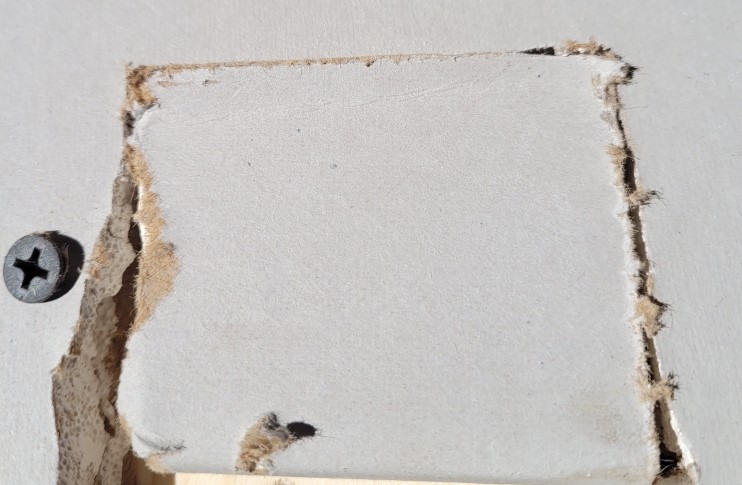 Your drywall patch should have a little gap to take drywall mud. – Photo by Randy Tucker

Sand off the high spots, then apply the drywall mud again. If it’s a smooth wall, sand it one more time then paint it to match. If there is a little texture on the wall, experiment with a sponge and some drywall mud, dabbing it on the wall until the surface matches the surrounding wall. Paint and walk away from your invisible patch. You’re all done. Try out this method and let the ManMade community know what worked for you by sharing it with us on our Facebook or Pinterest! 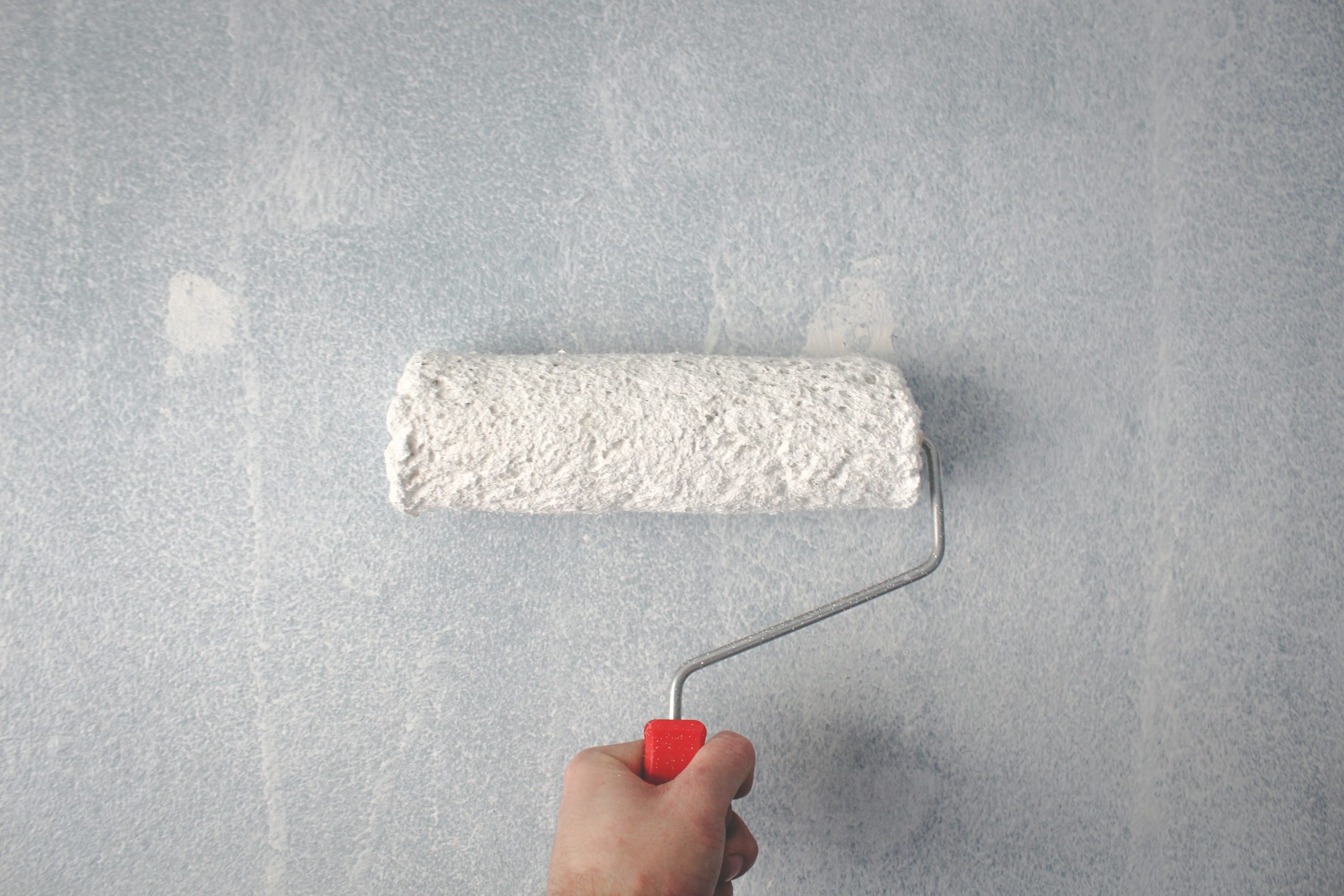 Next Post
This article may contain affiliate links and/or offers from our affiliate partners. Clicking on a link and/or completing an offer may result in a portion of proceeds from each transaction being paid to www.manmadediy.com
diy fix hole home sheetrock wall