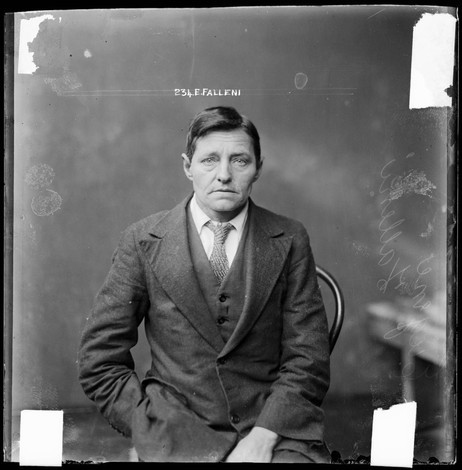 The above image is a mugshot of a criminal on the day of his arrest. And the story that accompanies it is classic noir…

Widow Annie Birkett certainly didn’t notice anything odd when she married Harry Leon Crawford, above, in 1914. So imagine her shock when “Harry” turned out to be a woman: Eugenia Falleni, who had been passing as a man since 1899.

Three years after their marriage, Birkett announced to a relative that she had discovered “something amazing about Harry.” Shortly thereafter, she disappeared. Crawford told the neighbors that Birkett had run off with a plumber. Eventually, a charred body was found in a Sydney suburb and belatedly identified as Birkett’s. According to the original caption (excerpted below), when Crawford’s second’s wife was finally convinced of Falleni’s true gender, she remarked, “I always wondered why he was so painfully shy …”

The photograph shown here shows Falleni in male clothing, probably on the day of her arrest. The negative was found in a paper sleeve inscribed “Falleni Man/Woman.” It is also possible that Falleni was made to dress in a man’s suit for the photograph.

The Sydney police captured thousands such stories and images, shot on 4×6″ glass plate negatives, and are likely the only photos that the individuals ever posed for. 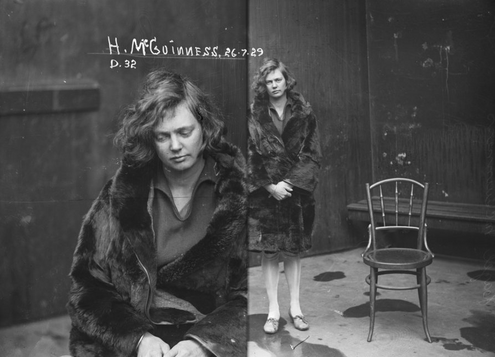 See the full collection at The Picture Show [NPR.org]