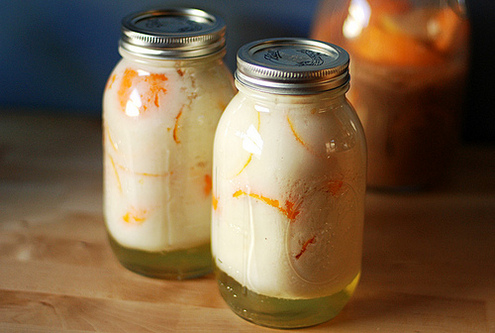 When I first saw this recipe on @Leethal‘s tweet, I was a bit shocked, thinking “you can leave milk out for three weeks, mixed with bacteria and yeast-loving sugar, and still drink it?” I mean, I’ve made some overnight cultured creams and yogurts, but this seemed wild.

And then I thought about it a bit more, and realized that the vodka, even in equal parts to the nutrient rich, germ happy milk and sugar, must be bacteriostatic enough to prevent anything from growing in there. (You like that? Bacteriostatic? See?! I paid attention in high school.) Lee Meredith found this recipe in SFWeekly, which says, “[those] with a hankering for home-bottled moonshine might be discouraged by the…dearth of mountain men and their tucked-away open-air stills, but illicit hooch doesn’t have to be cooked up in some backwoods hollow to be both potent and delicious. [This Lithuaninan milk liqueur] is a creamy, fruity crowd pleaser along the lines of Bailey’s or Kahlúa … not exactly white lightning but an excellent gifting notion all the same.” 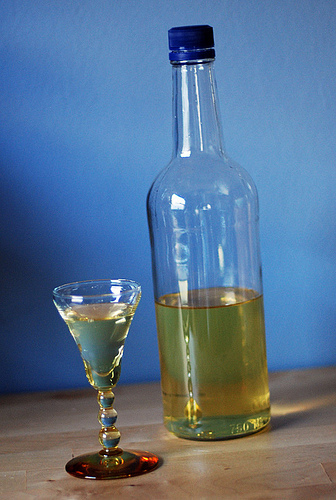