Inspired by the lovable neighborhood serial killer Dexter, which began its fifth season last Sunday, Andrea decided to update Martha Stewart’s recipe for invisible lollipops by creating a series of blood slide candies for Halloween this year…way creepier than vampire or ghost-y treats. 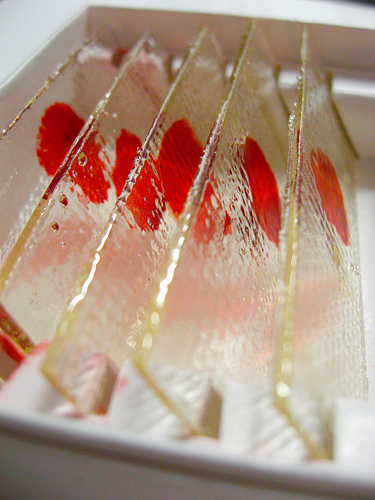 She explains, “For any of you who aren’t familiar with the show, Dexter is about a serial killer of the same name, who works by day as a forensic analyst for the Miami police department, and by night, cleansing the city of the evil criminals who slip through the cracks of our faulty judicial system.  Every serial killer has to keep his mementos and Dexter’s trophy case, consists of a box of slides, each containing one drop of blood from each victim.

For this years gruesome Halloween treat, I decided to create a trophy case of my own.” 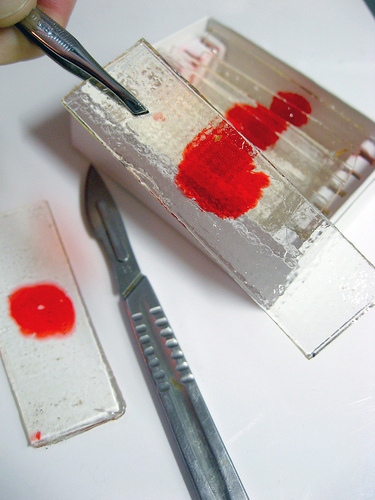 Who knows where to get a slide box easily? Corn syrup aisle, here I come.

Get the full how-to at Forkable