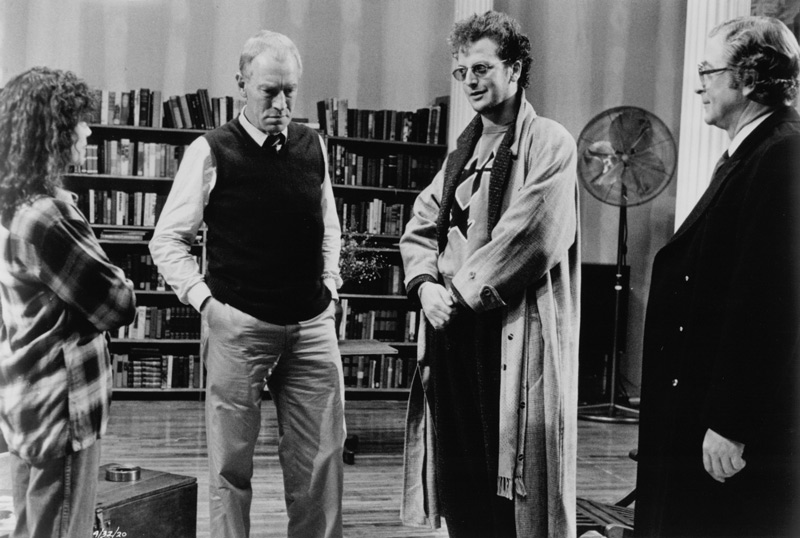 Halloween has its horror and December its infinite loop of sparkle-strung classics. Good or bad, they're the established traditions of their seasons.

But, if you will, allow me to make the case as November as perhaps the prime month for festive film watching. We can't all relate to being chased by ax murderers nor having the carolers sing as we find our soulmate under the mistletoe just as the snow starts to fall outside. But everyone knows the experience of returning home to break bread and spill gravy with family, or, perhaps, what it's like to strike out on your own for the first holiday not spent at your grandparents. The Thanksgiving table (and four days of being stuck in the same place) is the perfect setting for drama, comedy, and everything in between. Plus, all those sweaters. Here are our faves that get it right. 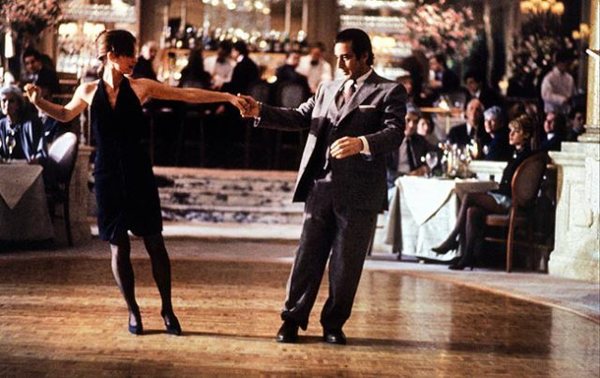 Unable to return home for the holiday, a prep school student stays behind in New England to take a job to care for a retired Army officer. The elder man, of course, has other plans, and the two spend the long weekend in a series of perfectly executed, fall leaf colored set pieces. If you think they end up learning something from each other, you've seen movies before, but don't assume it trite. It truly is a hell of film, and gets bonus points for an early, star-making performance from a shaggy-haired Phillips Seymour Hoffman. RIP, buddy. 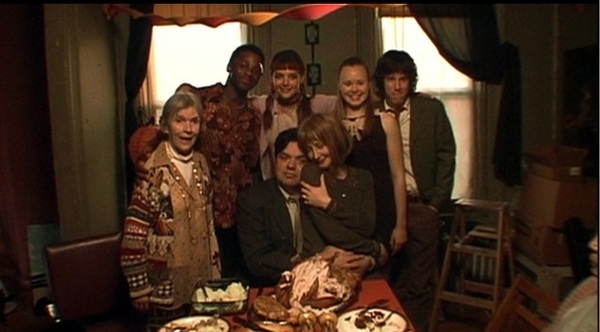 Released in that early millenial time between Dogme 95 and Mumblecore when every filmmaker was trying their hand at a naturalistic, grainy digital video feature lit by available light, Pieces of April tells the tale of a struggling young adult who invites her family to her tiny New York apartment for what they all expect might be their last holiday together. The film gets props for featuring the food in basically every scene, and for a spot-on soundtrack from The Magnetic Fields' Stephen Merritt. As usual, Patricia Clarkson steals the show, and Oliver Platt gets out of the way so she can shine. 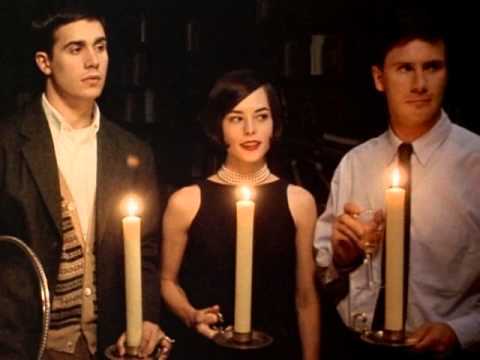 Based on the play by Wendy McLeod, Parker Posey and Josh Hamilton are a pair of twins with an (um…) interesting past and a passion for the Kennedys. The film maintains the small-cast-on-a-stage vibe, making its mansion setting as as claustrophobic and inescapable as it feels to be stuck in a house with family on Thanksgiving. It's not perfect. Tori Spelling, no doubt the “star” that got the film financed, is completely out of place, and the end apparently varies away from this play's script when it shouldn't have. But, it's all kinds of fun, and might make you grateful for the relatively relatable drama of your own kin. 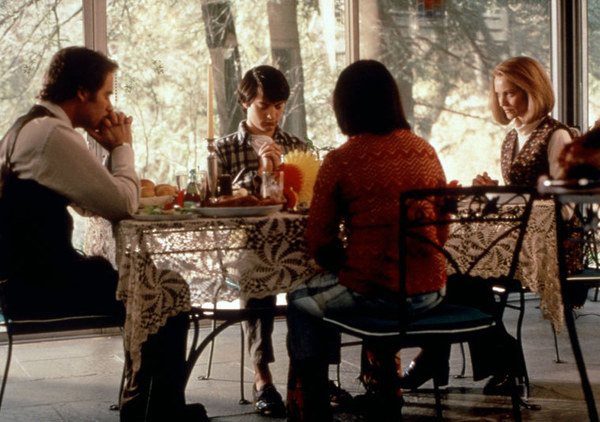 Set over Thanksgiving weekend of 1973, the film, and the novel its based on, perfectly capture the confusing haze of the cultural shifts of the last days of the Vietnam war. It's acerbically funny, offering both a loving portrayal of well-meaning East Coast WASPs while not letting them off the hook for their shortcomings. Nothing goes better with eating a plate of leftovers on the couch at 3:00pm while the rest of the country is off fighting for parking spaces.

Besides the Peanuts classic and their meal of toast and popcorn, this is the Thanksgiving movie most people think of. While none of it actually involves the meal itself, it captures the tension of trying to return home during the craziest travel season of the year. It's funny, and while a few key jokes have definitely not aged well, it works as the thing to put on while you do your meal prep on Wednesday night. 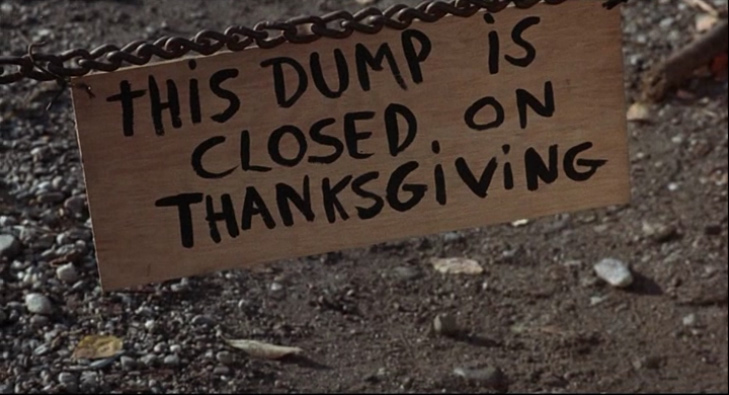 A cinematic adaption of Arlo Guthrie's classic story-song, Alice's Restaurant serves as the perfect Thanksgiving-themed companion to The Ice Storm. Here, we see the actual counterculture the former was reacting to, and the hippies receive their own dose of satire and homage. Draft dodgers gather for their own bohemian Thanksgiving, and their everything-is-cool-man attitude gets tested by real world consequences. It's a bit long, but it highlights the benefits and drawbacks of hippy living as well as anything in the Easy Rider era. Consider it a sociological study for anyone born after 1980. 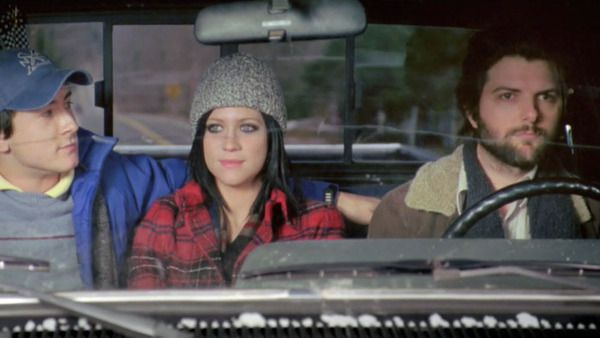 This is the least pleasant of the films on this list, and you certainly wouldn't want to watch it with kids in the room. (That goes for others here too, so use your judgment.) It's a tale of self-loathing, and explores how reuniting with our families for the holidays can sometimes lead to unforgivable choices. Adam Scott, usually cast for his likeability, is everything but, and his cruelty goes unresolved, though perhaps not unpunished. Experiencing hurt at the hands the people we love is part of the holiday experience, and this is a story of what it's like to sit at the table with someone who simply can't like themselves enough to behave like family. 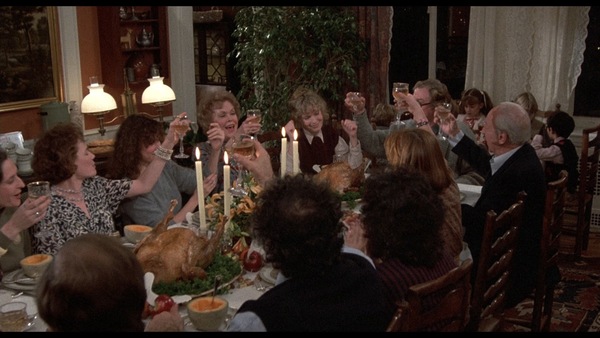 I don't know how to feel about recommending Woody Allen films anymore, but I think this piece by Chuck Klosterman sums up the issues quite well, so I'm using that as my guidebook.

It belongs on this list because it, as well as any film, uses the holiday as bookends. More than exploring the experience of the meal and the four-day weekend and the chaos it can brings, the film details how we use these yearly events as a way to mark time and self reflect. Set over a twenty-four month period that begins and ends on Thanksgiving (and encompasses one in the middle), the film is a morality tale (maybe?) that explores the self-justifications and consequences of actions by adults who still trying to grow up. 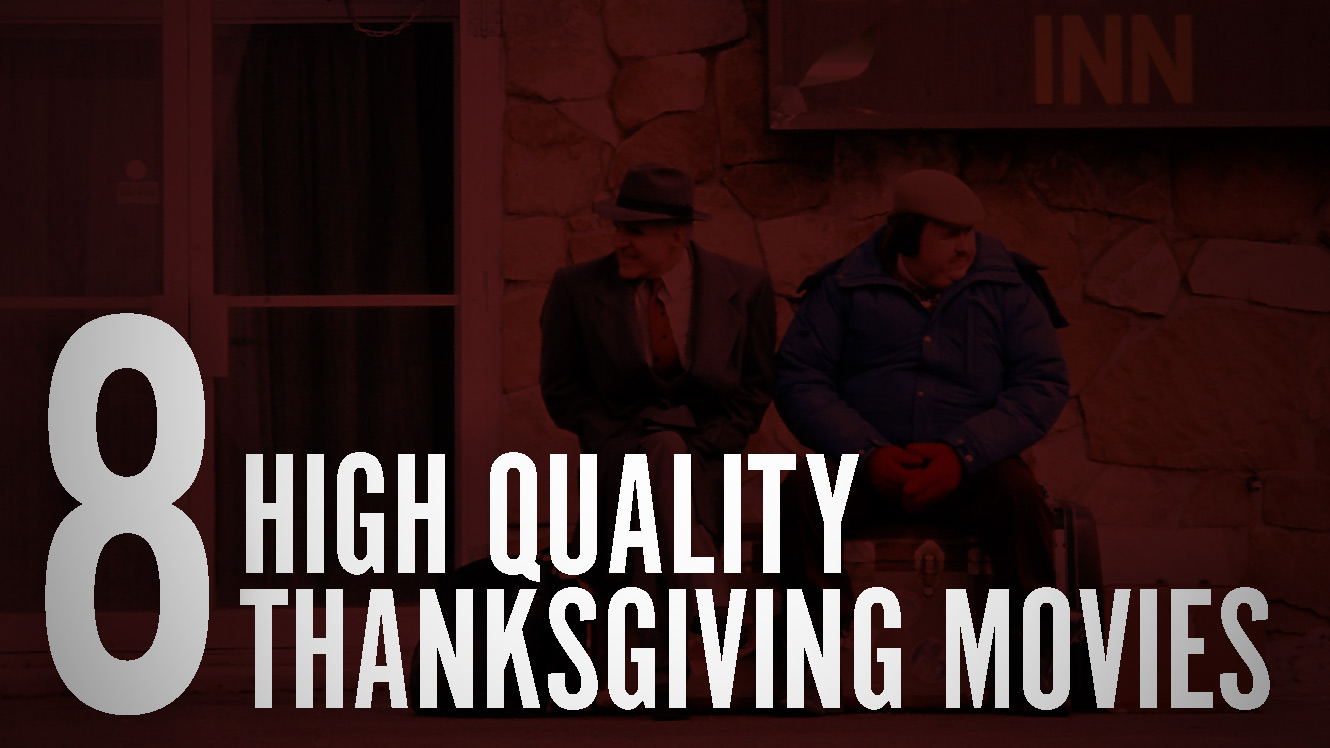