Newsflash, amigos. Sometimes we mess up, and sometimes we need to say we're sorry. But if offering an apology starts with the line “I'm sorry if you,” then you're not actually apologizing; you're simply expressing your own regret that you and the other party are not on the same page….namely, that they don't agree with you. In fact, we're deeming the word “if” inappropriate for apologies altogether. The other person can never be the subject of an apology.

If you're apologizing, you're the subject not just of the opening clause, but the whole paragraph: it is you that is sorry, you who owns the responsibility for the conflict in the first place, and therefore you who needs to put things back together again. An apology is not an opportunity for you to move past the other person's offense in an argument so you can return to making your same point as before. The apology is a pivot point that changes the nature of the conversation altogether.

Because here's the thing: Apologizing should make you feel uncomfortable. If it doesn't, then it's missing the mark, and not doing what it's supposed to do. Real apologies require accepting that you did something wrong. And if that's not hard for you, it's probably because you don't actually mean it. When you apologize, you acknowledge that you didn't live up to the “you” you think you are; that's cognitive dissonance, and cognitive dissonance feels bad. It hurts.

Dr. Beth Polin, co-author of The Art of the Apology, suggests that the best apologies should contain all six of the following elements:

• An expression of regret — this, usually, is the actual “I’m sorry.”
• An explanation (but, importantly, not a justification).
• An acknowledgment of responsibility.
• A declaration of repentance.
• An offer of repair.
• A request for forgiveness.

(Accessed via NYMag.com, “The Apology Critics Who Want to Teach You How to Say You’re Sorry,” by Katie Heaney)

Polin's research is focused on the efficacy of public apology, say from Lance Armstrong or Paula Deen, or more recently, United Airlines or Bill Maher. But the elements are valid, and strong, and worth keeping in mind the next time you're in the vulnerable position with someone you care about.

Most importantly, an apology, more than nearly anything else, needs to contain the ever-referenced “I language.” Do not say “mistakes were made,” in the passive voice; say “I made a mistake,” and specifically, “I made this mistake, and I'm going to outline exactly what happened for you so you know that I know exactly where I messed up.”

If you're not sure where to start, try “I was wrong.” It carries a lot of weight, and, frankly, it's 99% guaranteed that's what the other person is saying in their head already. And, if you're in an argument between you and someone close to you, when you're done, hug it out. Literally. Even if you don't feel like it. If they're willing (and when they're ready), grab the other person and don't let go until you both get that flood of oxytocin and are reminded why this relationship matters enough in the first place to fight about it.

Then you can choose to grow together. 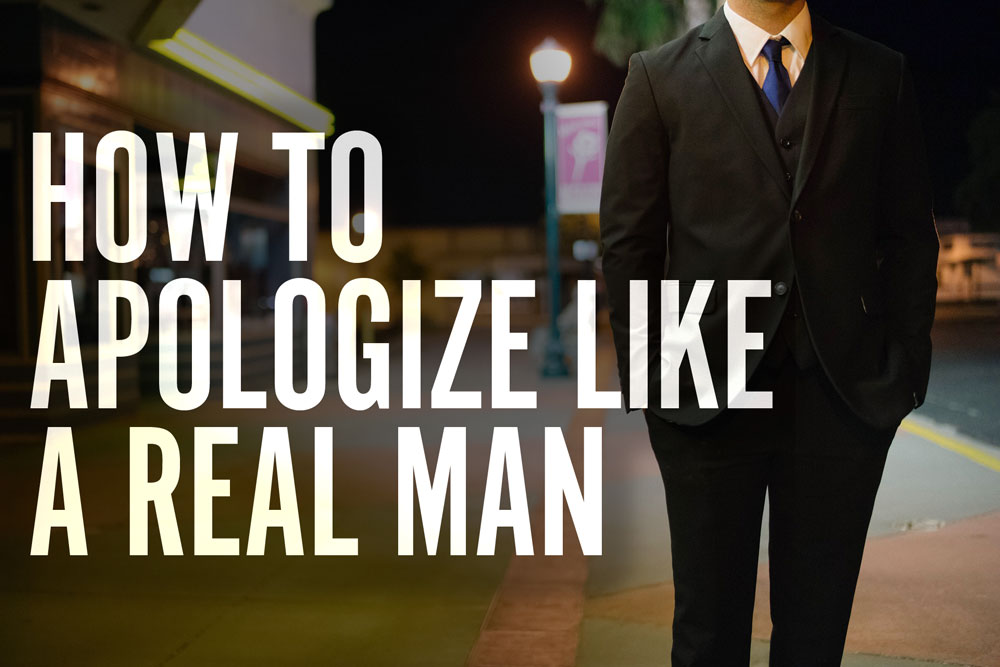