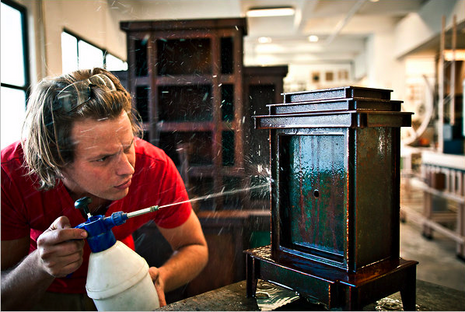 On Wednesday, the New York Times featured a piece about “rough looking” furniture and “emphasizing the influence of the y-chromosome.” Artists and designers such as Joost Van Bleiswijk, Aaron Raymer, Simon Hasan, Oscar Magnus Narud are creating pieces who’s aesthetic only improves with a scratch or a nick in the veneer. 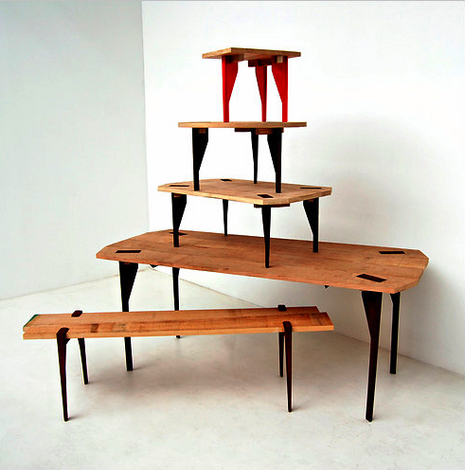 Murray Moss has dubbed the approach “butch craft”, and “he has collected in an enticing show that opened Wednesday night at Moss, his SoHo store. It has a “rough-hewn, virile and heavy-lifting aesthetic,” Mr. Moss said, albeit one that is sensitively rendered or considered, a nod to the history and semiotics of the word “butch.” 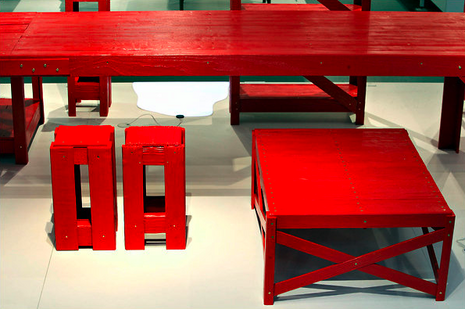 Moss notes, ” ‘One man’s butch is another man’s femme. We attribute certain characteristics to design objects — they are clues to personality, but not the whole Freudian session. Marigold’s work is an example of the juxtaposition of the extremely refined with the extremely crude. It’s the design version of the raw and the cooked. ‘ ”