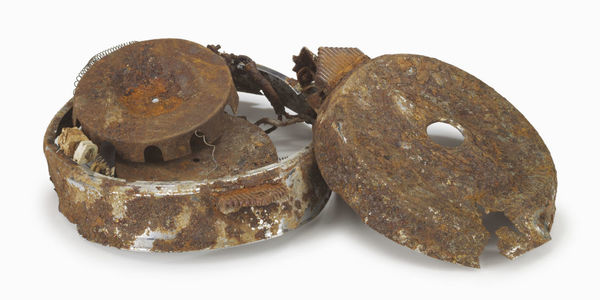 Every great breakthrough has its “Eureka!” moment, whether we’re talking the discovery of gravity or the founding of the world’s largest shoe empire. In the latter’s case, that happened while searching for a way to create cleats meant for a urethane track (meaning no more metal spikes on the bottom of running shoes), and it involved a household wafflemaker. The infamous wafflemaker was then lost for decades… and now found. 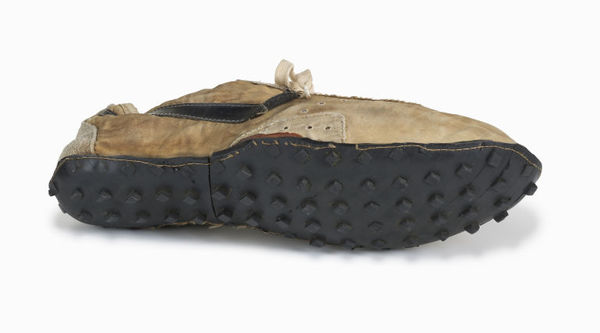 The exact moment of discovery is described by Matt Blitz in his recent piece for Popular Mechanics:

In late 1971, Bill and Barbara were sitting in the kitchen together on a Sunday morning. Normally at church on Sundays, Barbara decided to stay home that particular day to help Bill find an answer to this perplexing question. So she started making breakfast on an old waffle iron that was a wedding gift back in 1936, distinctive for its old-fashioned Art Deco design. The epiphany came as Barbara was serving her husband breakfast.

“As one of the waffles came out, he said, ‘You know, by turning it upside down – where the waffle part would come in contact with the track – I think that might work,'” Barbara told Reames in a 2006 interview for the Department of Nike Archives, “So he got up from the table and went tearing into his lab and got two cans of whatever it is you pour together to make the urethane and poured them into the waffle iron.” In his excitement, Bowerman forgot to spray a nonstick substance into the waffle iron. Unable to open the waffle iron back up, Bowerman abandoned it and went into town to fetch new waffle irons for his experiment. Barbara, meanwhile, threw out the now-ruined wedding gift.

However that thrown out waffle iron now sits in a glass case in Prefontaine Hall in Nike World Headquarters. How did it get there? Read the full story here.