Back when I wanted to be an astronaut (just kidding NASA take me now I’ll do anything), my mom gave me a space pen that somebody had given her and it was SO cool. Besides being able to write upside down, I loved the design of the sleek little guy and the connection I felt with my gravity-defying heroes. The history of their design is quite the little story, recently featured by Cool Material. 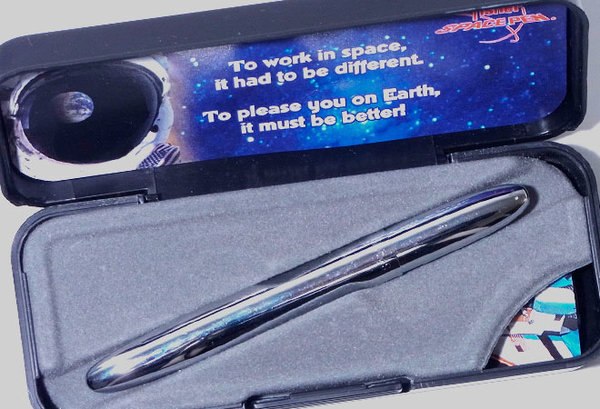 In a world in which computerized note-taking hadn’t yet claimed preeminence, the ability to write with a pen was of crucial importance to the success of NASA’s missions. Unfortunately the firm NASA hired was only able to produce working writing utensils at a whopping $129.89 per pencil. That is, until Paul Fisher came along and introduced the prototype that eventually took off by utilizing pressurized nitrogen capsules.

Side note: if not space pens, what are some of your favorite pens? I used to be a Uniball guy but I’ve been a pretty regular Pilot G2 guy for awhile now.