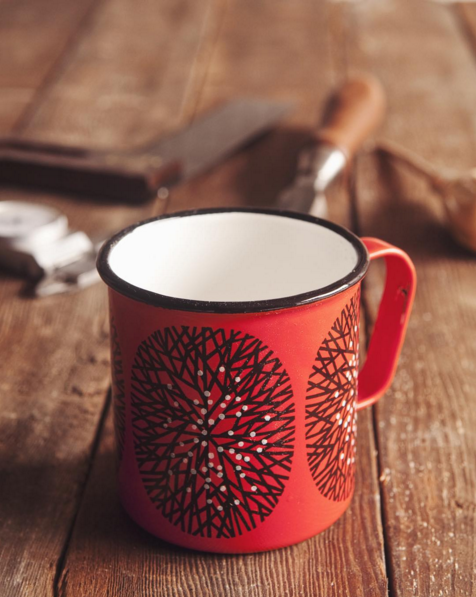 If you've been on the site this December, you've probably noted our ManMade Musical Advent Calendar series, where we're sharing some of our favorite non-cheesy seasonal songs each day leading up to Christmas.

This post began as one of those, scheduled for tomorrow. But by the time I got done stream-of-consciousness-ing all over the place, I realized I'd gone off into somewhere more than why I like this chord progression.

So, here's what I journaled down, and I'm sharing it today because perhaps it'll spark some discussion or ideas as we all sled downhill into this week. Or maybe I'm just a sap. Anyway, Happy Christmas.

If you read ManMade with any regularity, you'll note: I'm no Grinch. Not a Scrooge in the slightest. I'm into it. A full-on believer in the spirit of the season. It took me a few years, but eventually I came around. Because this whole cool guy anti-Christmas thing that has taken off in the last twenty-five years? It's not a real cure for the schmaltz it was reacting to. It's just another version of commercialism feeding “counter culture” back to us for a profit.

Yes – Christmas is consumerist; it's tacky, and an opportunity for people to be horrible to each other and record more unnecessary covers of “Baby, It's Cold Outside.” But my love of the holiday doesn't come from unexamined tradition. The truth is, after I was a few years past the years of childhood “auto-Christmas” and its mile-long wish lists –  I really wasn't much for the whole season. I didn't feel jolly. I spent my teens and most of my twenties sympathizing with the skeptics, frustrated with the crassness and sentimentality and all the bad things the pressure of the season did to the people I spent time with.

But, then, I aged a bit. I realized I was an adult who was able to do more than just react to cultural pressures and other people's bad habits. And when I really examined it, I decided Christmas is kinda what I'm all about. For a couple of weeks a year, people choose to live out meaningful rituals, whatever they are. They decorate their houses. They listen to music in their homes and cook special dinners. They send notes in the mail, and update folks on what's going on in their lives. They host parties. They make gifts for others and buy each other treats and gather in song and good company. Those are the kind of values we try to promote on ManMade all year long.

So, I believe in a celebration of light during a season of darkness. I believe in taking this holiday back from those who have told us the only way to interact with the season is to reject it because we're too cool, or because the perfect snow-covered Christmas Eve isn't actually possible. (It isn't). I know it can be a sad season for many; it's a sad season for me, too. I love “Fairytale of New York” – long the one acceptable seasonal tune of the anti crowd – as much as anyone.

But, the truth is: all the light and glitz and paper snowflakes make me feel real things. They make me present. It's not a distraction; it helps bring me back to the things I value most. I know it doesn't do that for everyone, and that's okay. Maybe it doesn't make you feel anything. I understand that. The Super Bowl and Fourth of July fireworks and all kinds of other cultural touchstones do nothing for me, so I get it. We all have our triggers.

But you can have joy without selling your soul and living into the candy-cane-coated rat race of Black Friday sales and mall music and the stress of trying to appear at four sets of in-laws at just the right time. Maybe that's the actual miracle of the holidays.

So, the song's a good one. The whole Colbert Christmas special has become my favorite holiday film the last few years, and this song, which ends the hour, sums up the tone of what Colbert does best. Costello's an artist who's been very important to me since my own anti-Christmas years, so here, the message I get, without a wink or caveat, is: “we're all in this together. Community can't be a bad thing.” You can't stop it from coming, no way, no how, and that's what makes it so great. Don't forget, in some cultures, Santa Claus dips children in boiling hot oil. Christmas is big and weird and bizarre and, somehow, truly the most wonderful time of the year.

So…that's why I'm okay with Christmas. And there are much worse things to believe in.

Check out all the songs in the ManMade Musical Advent Calendar here.