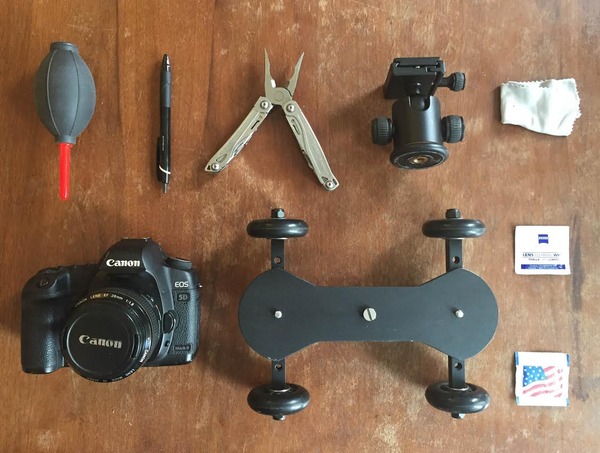 John Kingman is a video producer and independent filmmaker (and former ManMade contributor) whose first feature-length film, Pearl: The Assassin, is streaming now on Amazon. We thought it’d be fun to get a glimpse of what it’s like make indie movies, so we caught up with John for the first of our “Four Questions With” series:

MM: Tell us a little about your background, and about Pearl.

My background is video production. I started out making comedy videos with my friends, and taught myself how to shoot, light, and edit. Now I run a boutique production company in NY, doing corporate video. Pearl came about around the time that Guy Patton and I had finished a smaller project. He and his wife were planning on starting a family, but had always dreamed of making an action movie with Dana as the star. And so they went off and wrote it, and when they came back we sat down to make it. In the end it took us a little over a year, and cost 18k to make, which is bananas cheap when you’re talking about indie films.

MM:What advice do you have for guys who want to get into filmmaking?

If you want to get into film making the best advice I can give is to give yourself a project. It can be hard to learn some of the tools of the trade, so having a goal to learn and implement it at the same time keeps things focused. Watch videos online about how to do certain things if you get stuck. Most importantly is find collaborators. Work on other peoples projects to get to know them, and to try out different roles on set. There’s no better way to learn than on the job (you will not get paid).

MM: What’s in your gear bag?

(Pictured at top) Top row: an air blaster, a pen (no one ever has one on set), a leatherman, the tripod head to the roller dolly below, a cloth lens wipe

Bottom row: 5d Mkii (my powerhouse, I shoot everything on it), a skateboard dolly, an alcohol lens wipe (keeping your lens clean is important!) and a wet wipe (because a lot of times you shoot where there is no bathroom to wash your hands in)

MM: What are your five favorite indie films nobody has heard of?

Mad Max  – which everyone has heard of, but no one realizes was a self-funded indie starring an unknown Mel Gibson.

Are you a craftsman, artist, or man-maker we should know about? Get in touch to be featured in our “Four Questions With” series.