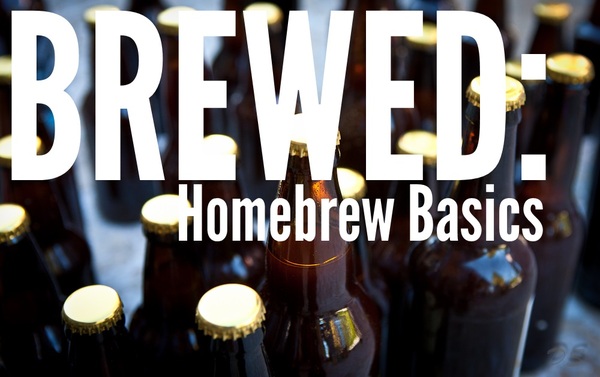 Once that lid is on the fermentation bucket, it seems like everything is complete. This final part of the series looks into what happens during the fermentation period, and the final step before you can sit back and enjoy a handcrafted beer. 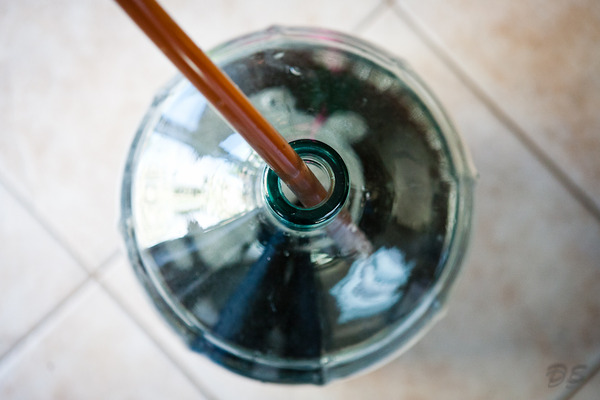 Primary Fermentation As the yeast begins the very important (almost magic) job of converting the sugars into alcohol, quite a few things need to happen.  First, keep the brew away from light and at a steady temperature. Different types of yeast thrive at different temperatures, Ales prefer 65-70 degrees, Heavier Yeast likes it a bit colder (50-55). Without much of an investment, a stable closet or cellar temperature can be used to keep general consistency.  It’s very important to avoid temperature swings or extreme conditions. If the yeast is too cold, the process can stall; too hot can cause off-flavors (imagine describing your beer as “meaty”). I have a steady 65 degrees or so in my closet, which makes it an ideal location to ferment as long as I keep it out of the way. As a bonus, my closet now smells just a bit like fresh bread. Although the fermentation can be observed in a glass carboy easy enough without risking contamination, avoid lifting the lid to peer in as this can introduce bacteria and undesired flavors.

The initial fermentation phase generally takes between 7 and 10 days, with a secondary fermentation of up to 30 days. During the first phase, the yeast is active and a significant amount of bubbling will occur out of the vapor lock. As the activity slows, the yeast will drop to the bottom of the bucket. Secondary fermentation is when the beer is transferred to a second container and additives are introduced to enhance the brew. Our recipe called for addition of charred oak chips soaked in Bourbon at the 7 day mark, and then adding split vanilla beans at day 14. This gave the beer a distinct smoky flavor with a sweet nose and dry vanilla finish. 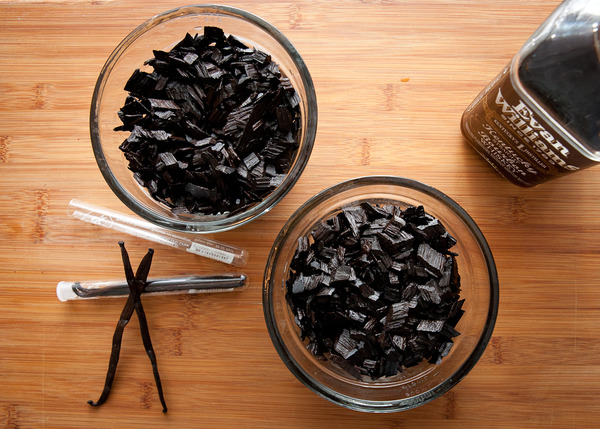 There really is no need to transfer a beer to secondary if you aren’t adding something, so skip this step if it’s not necessary. To transfer the beer to a secondary container, the process uses a simple siphon hose. With the full container on the counter, a hose (fully sanitized) is inserted into the brew and primed by dipping it repeatedly until the liquid creates a siphon. Avoid stirring up the settled sludge at the bottom of the container while starting the siphon, and keep the hose close to the surface to avoid sucking in much sediment. As the liquid is transferred, keep the outlet hose as close to the bottom of the new container, and under the liquid as it fills to keep from oxidizing the beer which can trigger some strange tastes down the line. As the container empties, there will be a bit of waste at the bottom but resist the urge to get it all – you’ll end up stirring up sediment and nobody likes a chewy ale (there are a few exceptions, but I generally like clear beer). If you grab a sample at this point, (use a wine thief) you will get a good idea of how the brew is progressing. There will likely be very little carbonation, and the flavors will be young so something may stand out more than you hoped but a bit of aging tends to mild most of that. After transfer, get the lid on as fast as possible and put it back in the dark. 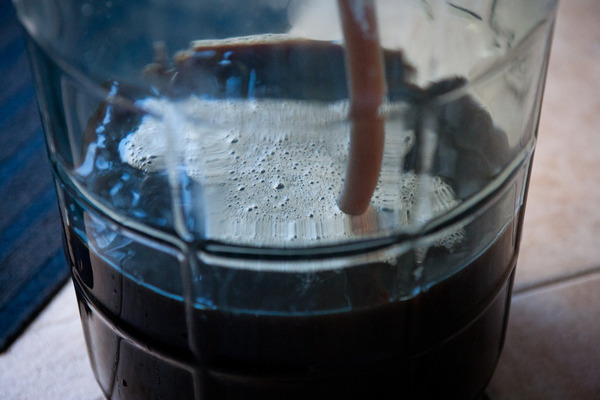 Now comes the time to decide if bottles or a keg is the right direction.  Generally, bottling is a messy process that increases the risk of contamination, and it adds a few weeks to the brewing process since carbonation has to happen in the bottles.  In terms of cost, bottling is much cheaper, and bottles can be dispersed between friends. A 5 gallon batch of beer is about 60 bottles, which can be collected and washed, or bought from the homebrew store for about 25-30 dollars. The process involves dissolving a package of “bottling sugar” in water and adding to the beer just before transfer to bottles. This addition of sugar jump starts the yeast again, and that is where the carbonation comes from. The bottles are filled and capped using a siphon hose and hand capping tool. From start to finish plan on bottling to take an afternoon of sanitation and clean-up. After that it takes a few weeks for adequate carbonation, so waiting it out can be a pain. Kegging the beer is a much easier process, involving a simple transfer into the keg and then the addition of Co2 for carbonation. This method is ready for enjoyment within a few days or so. The downside is that a keg system can cost up to a few hundred dollars, and the beer is hard to distribute. Unless a party is going down, no one needs 5 gallons of beer in their closet (although a built-in home bar is one defining characteristic of success in my book). 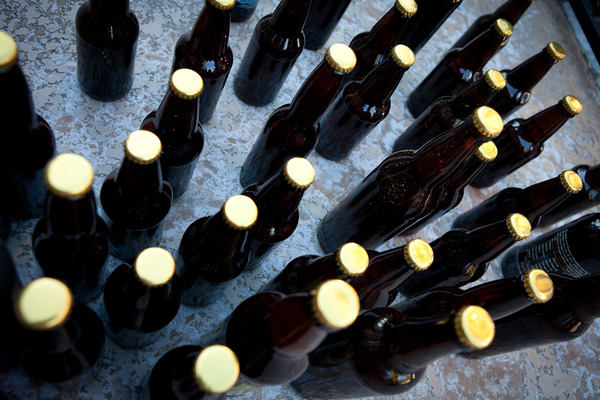 Overall, bottling is an ideal way to share the love of homebrew with your friends (bonus: it also shows off your ability to make beer) and as the cheaper method I would recommend it as a starting point to keep the complexity and costs of the start-up to a minimum. Ending up with up to 60 bottles of beer to share will make you a popular friend.

I’ll wrap it up by detailing a few more final take-aways from my recent foray into the art of homebrewed beer:

This is the final part in a four part series on home brewing beer. Hopefully we’ve inspired you to take a leap into this awesome process. If you end up brewing a beer, you owe me a bottle; or at least a comment on how it went.  Cheers! -D