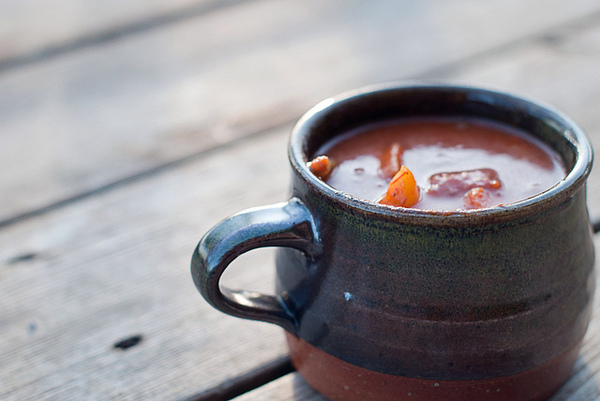 There is nothing like a long day of hiking or horseback riding to get you in the mood for some good, hearty eating. And so the American West's roving cattlemen and cross-country venturers created a long tradition of fantastic, simple meals meant to fill you up on the trail. So bust out that cast iron skillet and prepare yourself for some authentic cowboy eating.

Buffalo meat was originally a large part of the American West that eventually passed out of favor as the lust for buffalo hides wreaked havoc on the population. Now, thanks to the breeding efforts of American conservationists, bison (and bison burgers, etc.) have had an incredible resurgence in modern America. This classic, simple recipe must be tried.

Use a Dutch oven or a cast iron skillet + oven safe stock pot.
Brown the meat until seared, about 3 minutes. Add onions and carrots and cook for 5 minutes more. Transfer to a stew pot or Dutch oven, and add water, potatoes, celery, stewed tomatoes, and barley, cook an additional 5 minutes. Place the pan, covered, in a 400° oven and bake under barley is tender, about 30 minutes. 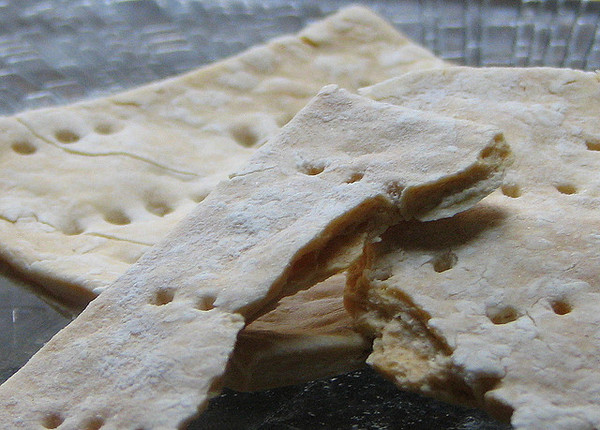 I know, I know, modern crackers have come a long way since hardtack, but you can't have a list of cowboy recipes without including it. Probably the most recognizable staple of the Old West, hardtack is the food that crops up in nearly every pulp novel or historical textbook – but I think very few modern men have ever tried it. From what I understand, it's flavor can be…um, quite the test of manhood. Below is a simple recipe calibrated for an oven, although here is a more extensive recipe from Wikihow.com.

Combine the flour and water, and knead until smooth. Roll the dough flat until  1/4″ thick. Cut biscuits with a drinking glass or biscuit cutter, or slice into 2 x 4″ rectangles. Poke holes into each biscuit with a fork. Place on two cast iron skillets (or halve and repeat) and sprinkle with salt. Bake at 400° F for 30-40 minutes, until very hard and dry. Enjoy (?)

Sourdough biscuits were a solid step up from the hardtack situation and are still a huge part of modern American cuisine in certain areas. This recipe (as well as the link for sourdough starter) is from an 1800's newspaper and reprinted here.

Mix starter, cornmeal, milk, eggs and stir thoroughly in large bowl. Stir in melted butter, salt and soda. Pour into a 10 inch greased frying pan or Dutch oven, and bake for 25 to 30 minutes. 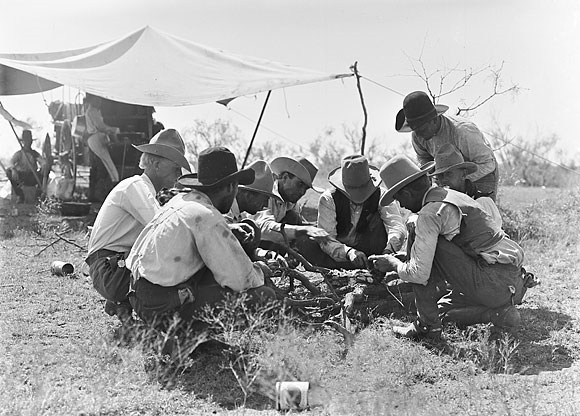 Sonofabitch Stew (also known as rascal stew, sonofagun stew) is perhaps the most unique staple of the cowboy heyday. Comprised of a whole bunch of meat cuts we rarely eat today, it was a supposedly a very tasty dish. The necessary “marrow gut” – the passage between stomachs leading to the abomasum– was only to be taken from a young calf that had yet to be weaned and was considered one of the key ingredients that gave the stew its famously delicious flavor. The stew was also briefly called Cleveland Stew in dishonor of President Grover Cleveland's displacement of cowboys in the Cherokee Strip. The following recipe is from Art of Manliness, although there are a number of variations on the internet.

Visit the Art of Manliness to see how to bring the stew together. Hint: it involves a lot of simmering. 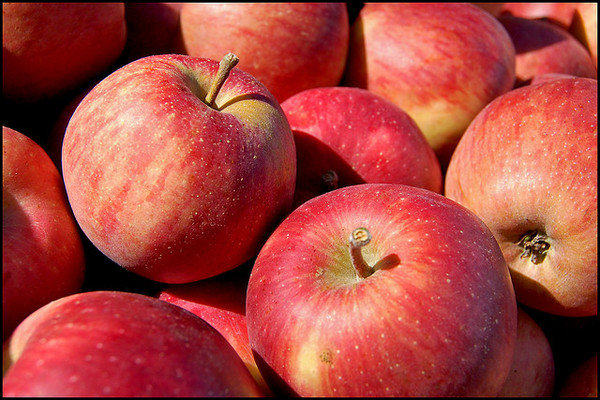 Every hearty meal on the trail deserves a quality desert, and these fried apples are a fantastic way to end the evening.

Slice the apples horizontally – peel, core, and all – about 1/2″ inch thick.  Heat a layer of drippings in a cast iron skillet,  and add the apples in a single layer, turning frequently until golden brown but not completely stewed.  Serve hot, sprinkled with sugar and cinnamon. And since you're not on the range, some vanilla ice cream is nice. 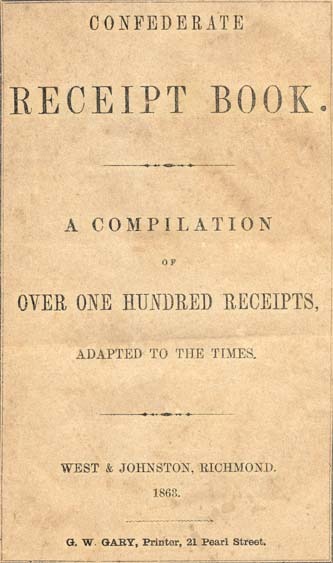 If you're interested in the cross-section of history and cooking, this document is an incredible find. Hidden gems abound, like this slapjack recipe (Take flour, little sugar and water, mix with or without a little yeast, the latter better if at hand, mix into paste, and fry the same as fritters in clean fat) or this sure-fire headache remedy (One teaspoonful of pulverized charcoal and one-third of a teaspoonful of soda mixed in very warm water). Also included are step-by-step instructions for candlemaking/soapmaking, beer brewing, and “fire balls for fuel” -making.