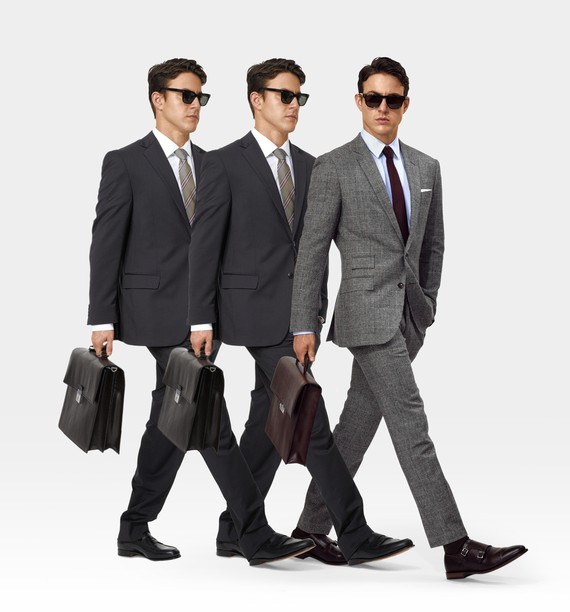 Anyone who reads menswear or men’s lifestyle content has noticed the shift over the last three-four years. The suiting dichotomy of “off-the-rack” vs. “tailored” no longer exists, and you simply don’t have to spend at least $1000 to look sharp.

The sources are varied: general clothing brands, like J.Crew and its infamous Ludlow, and over-the-seas tailors like Indochino. Suitsupply is awesome, and all of these have a definite, overarching theme – they’re slim. They’re “tailored,” as it were, and they look like the Italian cuts that were out of reach for many just a decade ago.

This isn’t news to most of us, but this piece in The Wall Street Journal does a nice job of summarizing the brands and the leaps made over the last few years. Most interestingly, they highlight that this switch doesn’t mean guys who would normally have bought high-end suits are now getting theirs from Asia; it’s just that more guys can now have well-fitting suits in organic fabrics.

The Reinvention of the Entry-Level Suit [Online.WSJ.com]