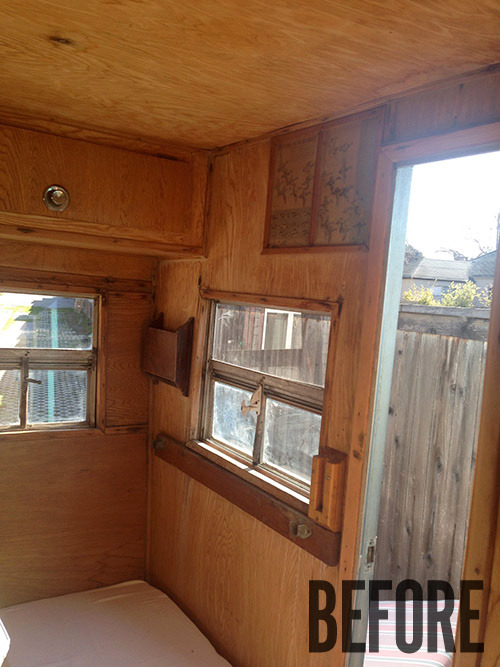 If you’ve spent any amount of time on the DIY or design blogosphere, you’ve likely seen plenty of these vintage camper rehab projects, where an old shabby Airstream or bus becomes some usable live/work/travel space for some enterprising young individuals ready to go on an adventure.   This camper re-do is one of those, but I think it stands out for a few reasons: one, the conversion process was incredibly inexpensive. The total was only about $2500, and the effort involved mostly heavy cleaning, a fresh coat of paint, and plenty of clever reuse of the existing structure, rather than a full gutting and rebuild. Two, I especially love the very smart inclusion of an air mattress which sits on the old dining nook and can easily be removed. And three, relatedly, this camper serves multiple purposes: you can sleep/work/look awesome and stylishly brave on Instagram, but it also serves as a place to hold pop-up shops for its owner, a vintage clothing retailer. 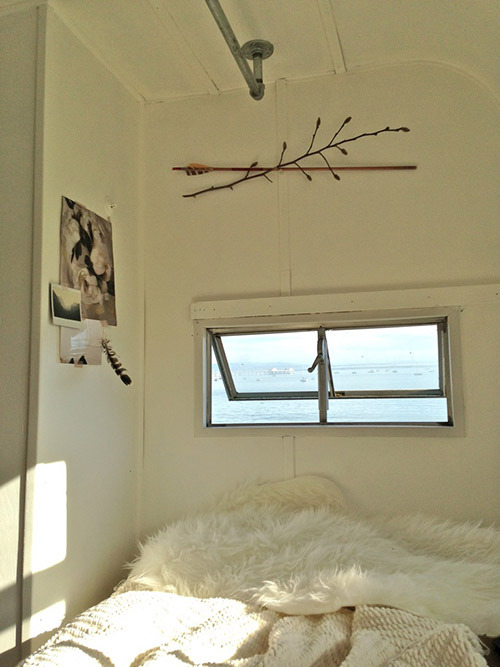 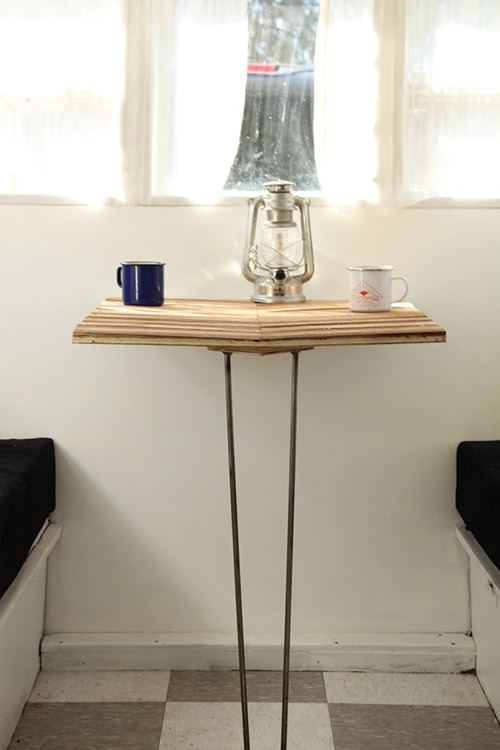 Admittedly, the new vibe is a bit feminine with its kilm pattern and fuzzy textures. But that makes sense, of course, since its owner is a woman. The point here, at least for me, is how far you can go with these things with a couple cans of paint and primer and some clever reuse of existing features and found/thrifted materials. 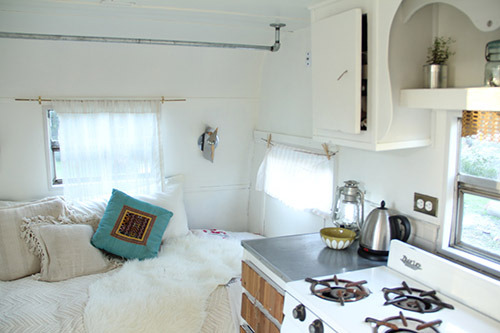 See the full makeover at DesignSponge: BEFORE & AFTER: A 1950S CAMPER GETS A STYLISH OVERHAUL