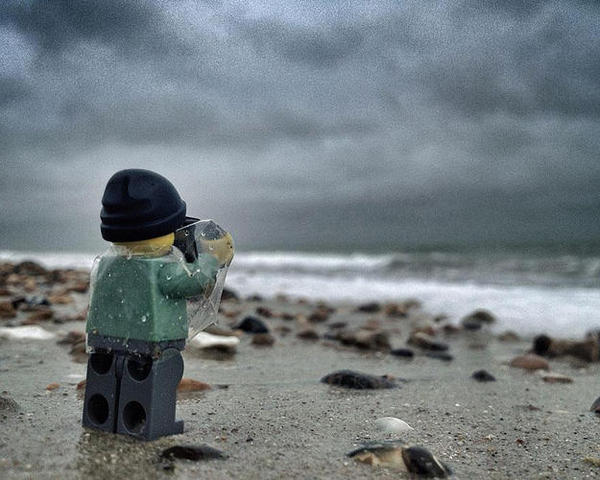 For the past year, U.K.-based photographer Andrew Whyte has been snapping photos of “The Legographer,” a LEGO minfig with a camera and a serious case of wanderlust. 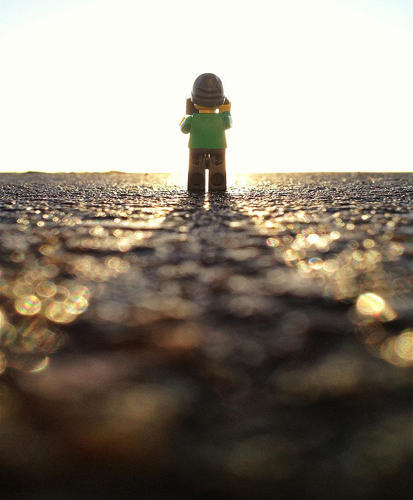 Fast.Co.Create reports and quotes Whyte, “I love to document everyday things and build them into mini-series…But quite often there’s nothing cohesive about what I shoot from one day to the next. As soon as my kids discovered the camera accessory at the Lego store, which fits in the hand of a mini-figure, I worked out a way to start placing the character in my day-to-day shots and he became a cohesive element. For the whole year, I really never left home without the figure.”

They also discuss what we can learn from Whyte’s technique:

Holding the phone upside down, for instance, rendered the lens low enough to look up at the figure and give him a sense of magnitude. The difference in depth of field, by which the background turns blurry, occurs naturally depending on how close Whyte positions the camera to the figure, often less than 8 to 10cm apart. “At that proximity, shuffling a few mm forwards or backwards can make a big difference to focus and the relative size of the figure,” the photographer says. Additionally, for lighting, Whyte uses apps that let him separate focus from exposure so he can dial in the desired levels without having to compromise on the arrangement of the scene. 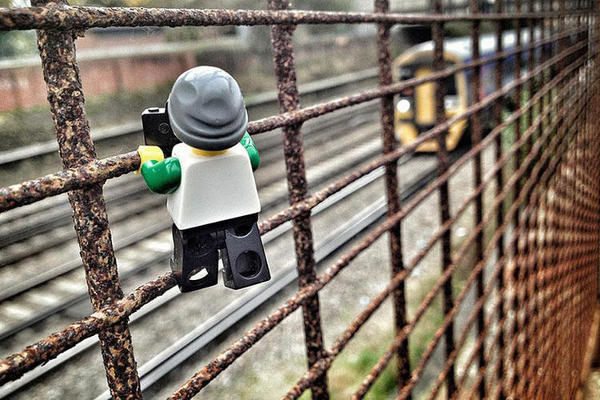 See and learn more at Fast.Co: EVERYTHING ABOUT THESE PICTURES OF A TINY, ADVENTUROUS LEGO PHOTOGRAPHER IS AWESOME