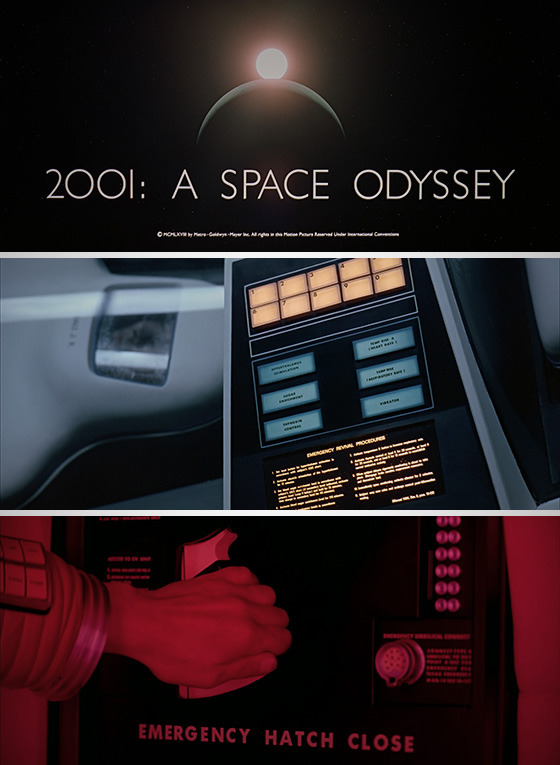 “Typeset in the Future” is a new blog by Dave Addey that’s “dedicated to fonts in sci-fi.” For his inaugural post, he sets about dissecting the type in (what Chris thinks is) the greatest science fiction film ever made, 2001: A Space Odyssey. Released in 1968, the film represents breakthroughs in both set design and typography, of which it takes full advantage.  Dave begins,

2001: A Space Odyssey – Stanley Kubrick’s 1968 sci-fi masterpiece – seems an appropriate place to start a blog about typography in sci-fi. Amongst other delights, it offers a zero-gravity toilet, emergency resuscitations, exploding bolts, and product placement aplenty. It’s also the Ur Example of Eurostile Bold Extended’s regular appearance in spacecraft user interfaces.

[The] title card is set in Gill Sans, one of the all-time classic sans-serif fonts. Perhaps surprisingly, the zeroes in ‘2001’ appear to be set with the Gill Sans capital letter O (shown below on the left), rather than its  zero character.