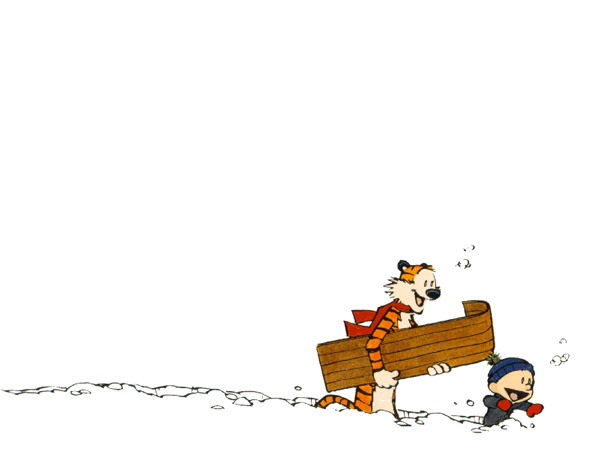 I know the first thing that blew my mind, creatively. I mean, I remember especially liking the “Under the Sea” part of The Little Mermaid when I saw it in the theater, and realizing that I could tell the difference between early moptop Beatles singles and the more experimental stuff that came later, but I distinctly remember the first time I was like, “Man, this is real craftsmanship”… or whatever word made since to me at age seven or eight. It was the Calvin and Hobbes anthology “Something Under the Bed Is Drooling,” and I remember being nervous to ask my friend Nick if I could borrow it, cause I didn’t want him to think I didn’t already know what it was (I didn’t.) And, like most kids who grew up in my generation, the strip changed my life.

Creator Bill Watterson is a noted non-public figure, and has given precious little interviews about his work and process, and only a few actual photographs of the guy have ever been published. So, this cover piece in the latest issue of Mental Floss is a rather notable feat, and totally worth the read.

If this doesn’t excite you, then there’s probably not much that can be done to convince you…but something tells me this is exactly the kind of thing that ManMade readers will dig.

The full piece is on news stands now, but you can see a shorter Q&A with Watterson at their site –