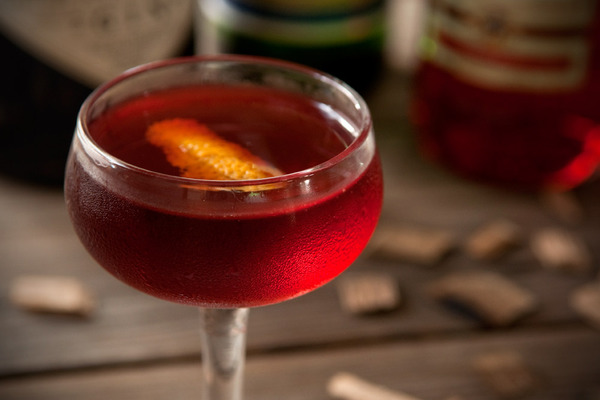 The tradition of barrel or cask aging distilled spirits, wine, and beer goes back thousands of years. Letting the liquid mature within wood is what gives them their distinct flavors, aromas, and colors…when spirits are distilled, they’re as clear as vodka; it’s spending time with charred wood that develops the brown color of whiskeys, aged tequilas, brandies, and the like. The alcohol and the wood continue to interact, pulling out flavorful compounds known as vanillins and tannins, further distinguishing the product.

Over the last few years, some creative bartenders and cocktail experts have been experimenting with aging entire drinks: allowing a pre-mixed cocktail to age inside small barrels, maturing their flavors and adding trace notes of the whiskey or sherry that previously spent time in the barrel. You can buy these smaller barrels fairly easily online, and they’re not prohibitively expensive. But, for the DIY cocktail enthusiast who experiments at home, we simply don’t need the volume that these offer: it’d take a lot of spirits to fill it up, and even if it worked, most of use don’t have a use for two or five liters of a single cocktail.

So, I figured there had to be a way to allow a mixed cocktail to spend some time interacting with charred wood and achieving the effect on the small scale.

Turns out, there is. Several in fact.

First, you can buy “oaking” chips at wine and beer making supply shops. These are small wood chips that have been toasted for adding to homemade wine like Chardonnays, which are known for their strong oak character. These are fresh pieces of wood that have not touched another spirit, and they smell delicious. 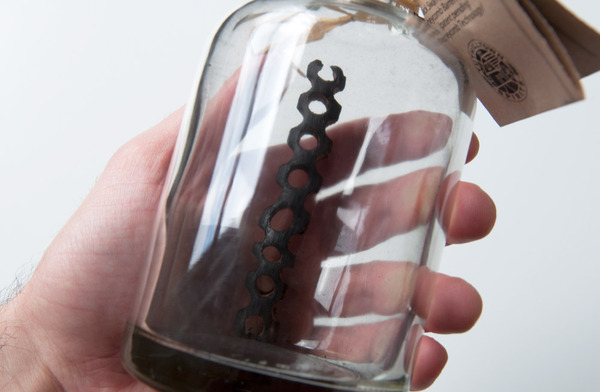 Next, there’s this: an actual barrel stave kit from Tuthilltown Spirits. They cost a mere $12.50, and include a unique honeycomb cut piece of oak from an actual whiskey barrel. 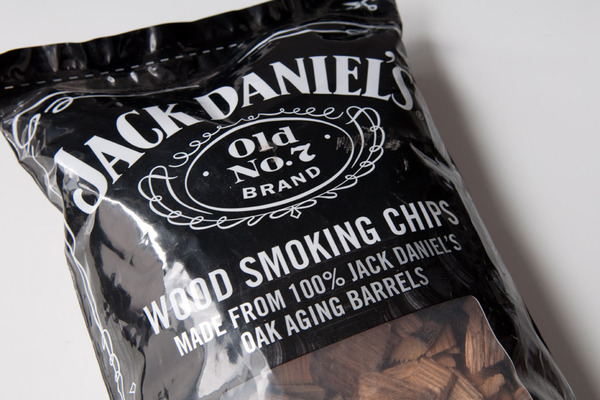 But, since my wife is totally awesome and amazing and gifted me a trip to Louisville and bourbon country last year for my birthday, I knew there was a third and easily accessible option: actual pieces of used Jack Daniels whiskey barrels, chipped up and sold as smoking chips for grilling and barbecuing. We visiting the Brown Foreman cooperage (barrel making factory) and got to see the construction and charring process, so I can confirm: there’s nothing in this bag other than pieces of whiskey barrel. Perfect. These are widely available; I got a bag for $8.99 at a certain home improvement center where the employees wear orange aprons. 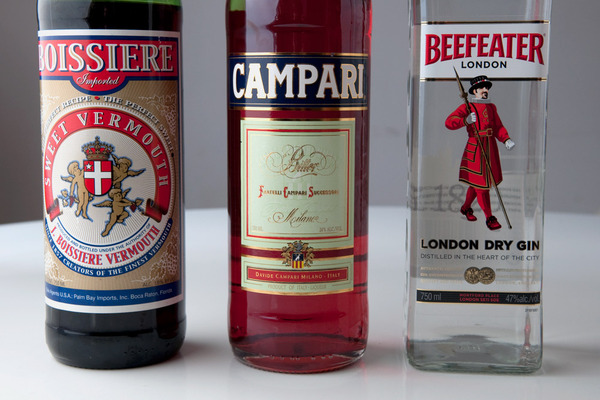 To test my experiment, I decided to go with a classic cocktail that’s perfect for barrel aging: the Negroni. This works well because 1) it’s 100% alcohol, so I don’t have to worry about fresh ingredients like citrus juice going bad, and 2) none of the ingredients – gin, Campari, and sweet vermouth – have been aged before, so I’d be “oaking” from scratch. Furthermore, this is a pretty bright and aggressive cocktail, and since aging is known for mellowing flavors, we’d really be able to see what happened. 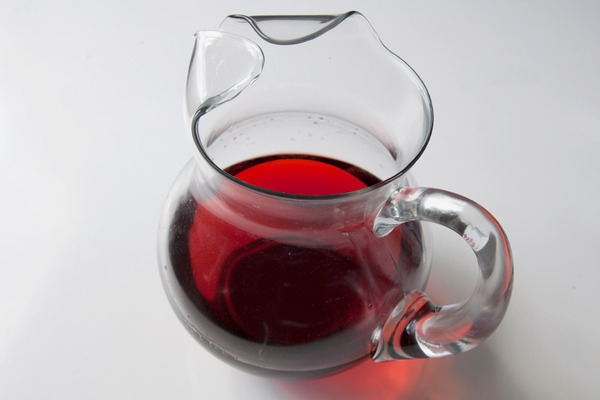 The recipe for a Negroni is super simple: equal parts dry gin, Campari, and sweet vermouth. So, I measured and poured 12 oz. of each into a pitcher and stirred to create 36 oz. of mixed liquid. 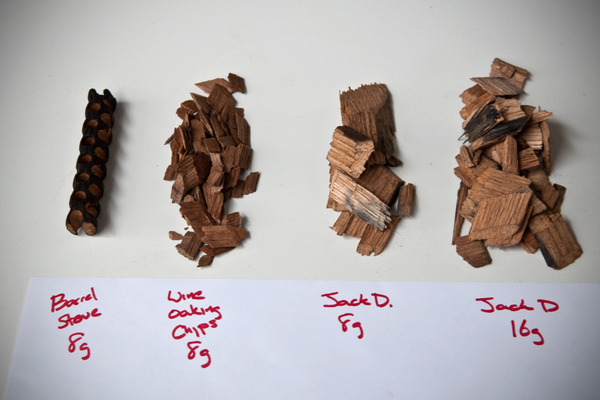 I weighed the Tuthilltown stave, which came to 8.13 grams. So, to keep things fair, I weighed out 8 grams of the wine oaking chips, the Jack Daniels smoking chips, and, just to see what happened, double the amount of Jack Daniels chips. 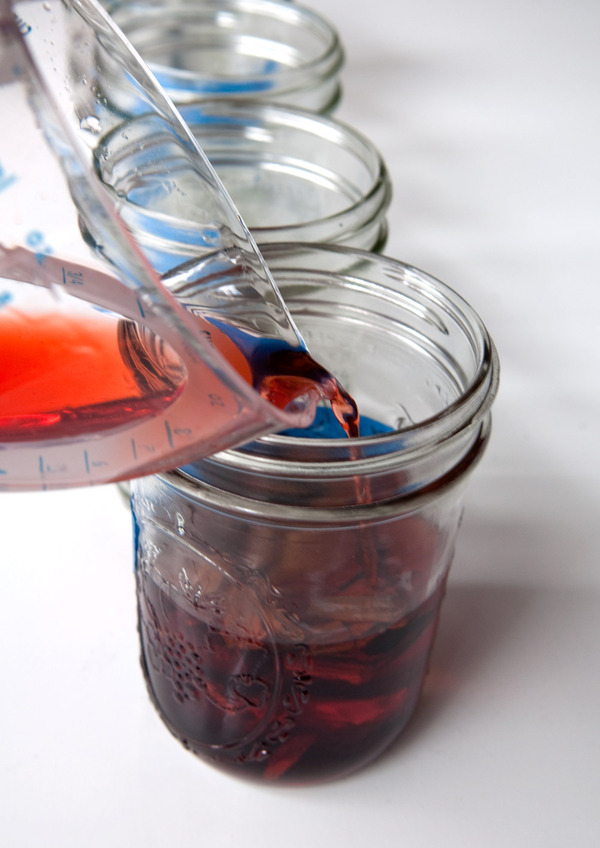 Then I labeled wide mouthed mason jars, and poured in 6 oz. of Negroni in each. Immediately, I began to see the benefits of the Tuthilltown honeycomb stave: because of the holes, it rests at the bottom of the jar, instead of floating on top like the wood chips. So, I vowed to agitate the jars every five days to make sure all the liquid came in contact with the wood. 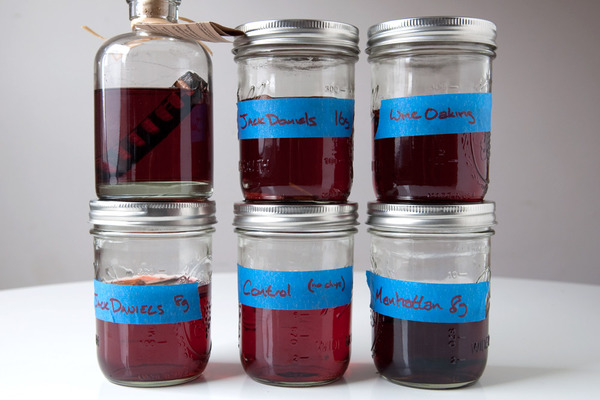 Once I was done, I had six variables:

I placed the sealed jars in an opaque storage bin so no light could get through, and put it on the floor of my office closet, which is about 72° F, and let them rest for six weeks (to be exact: forty-three days). I put a reminder on my calendar to agitate them every five days, which I think I did regularly. If not, at least each jar got the same amount of treatment. 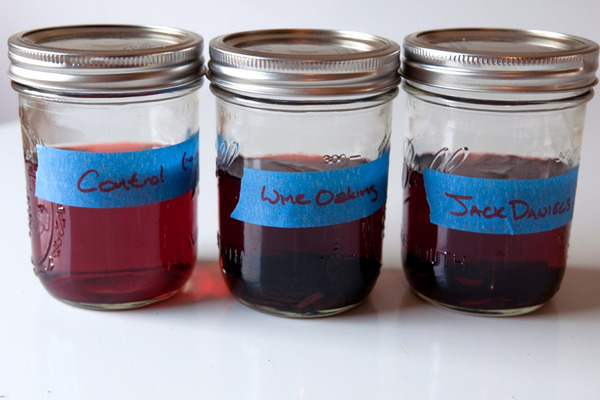 When observing the jars after six weeks, I noticed two important characteristics. First, once the wood chips were fully saturated with liquid, they sank to the bottom, creating a similar environment to the honeycomb stave. Secondly, the barrel aged jars were much, much darker in color than the control. So, no matter how they tasted, I knew something had definitely happened during the wait. 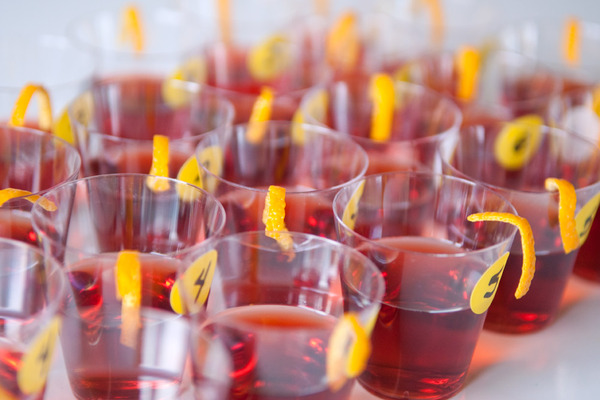 To try the results, I invited our friends Faith and Mike over. Faith is the editor of TheKitchn.com and author of Bakeless Sweets, so she has a great palette. Her husband Mike is a great guy and has sat through plenty of my cocktail experiments, so I knew they’d be awesome partners in the taste test.

I poured 1 oz. each of the aged five Negronis, and as well as a just-stirred fresh version. I numbered the glasses and the jars, and did my best not to look at the labels, so that even I didn’t know what was up. We put a little orange twist on each, and just before tasting, added an ice chip and stirred.

Of course, the glasses were clear and we could see the variety of color with our eyes, but it honestly didn’t help much, especially for my friends who didn’t see them in the jars. Also, I should note that my wife doesn’t actually like Campari or Negronis, so her opinion brought a little diversity. #trooper

So, how did everything shake out? Pretty deliciously. Here are the results as we tasted them in the glass.

What to make of all this?

After one experiment? I can’t wait to try again. You can definitely change the character of a cocktail and mimic the results of barrel aging at home on the small scale, for just a few dollars.

When I do this again, I think I’d save the Tuthilltown kit for aging clear spirits such as “white dog” or tequila on my own, and use the Jack Daniels chips/mason jar combo for cocktails. It’s less expensive, and you can find everything you need at the hardware store. And, you can also use the bag of wood chips to smoke some tasty foods, so it’s the most “reasonable” option for most folks.

Should you try this at home? Absolutely. Please post your thoughts in the comments below.

Oh, and here’s a nice Pinterest/social media-friendly image. Would you help share the word and inspire others to give this project a shot? 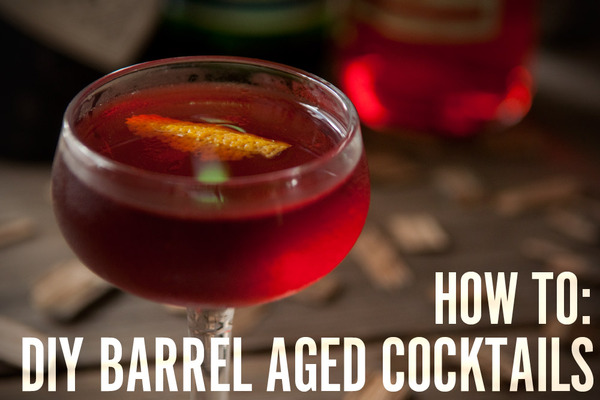