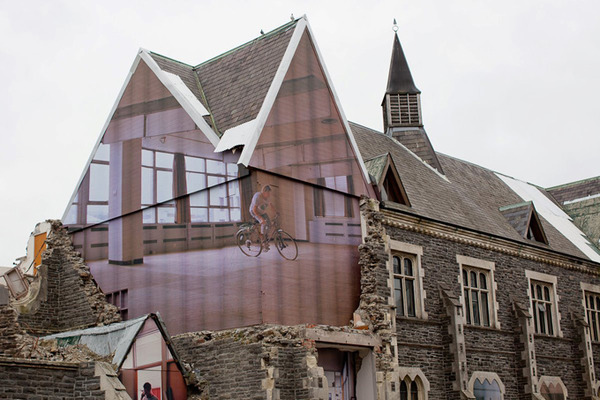 New Zealand-based artist Mike Hewson has taken the task of transforming these buildings into something more than a bunch of historical ruins.Originally the home of the Christchurch school built in the 1800s, these edifices were severely damaged by an earthquake in Feb 2012.  The city has set them for demolition, but Mike Hewson thought of a way to see them go with more dignity: by adding some art. 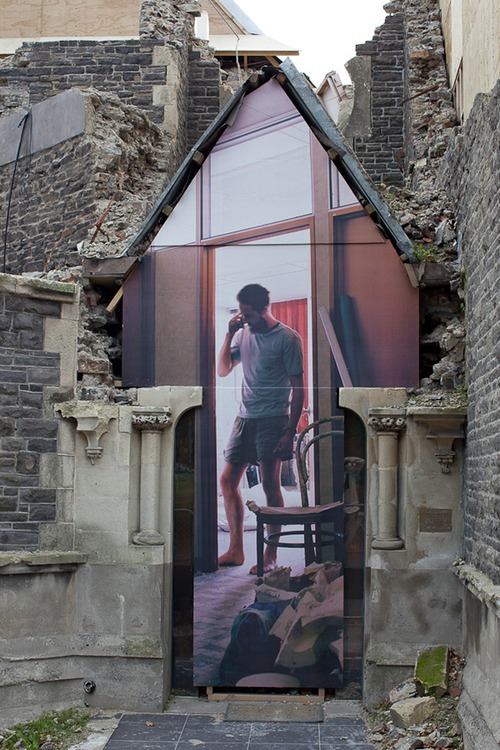 I love how these giant prints look almost like a scene from an old tv, as if the building crumbled and opened a door to another reality.

To see more of Mike Hewson’s work, including several other crazy-good installations, hop over to his site.