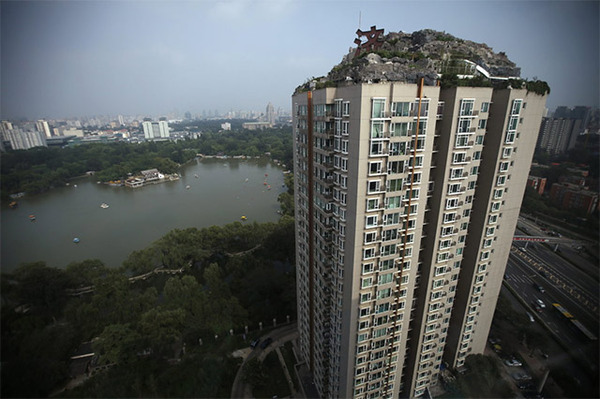 A perfect example to the ancient proverb “go big or go home” – or in this case “go big and illegally build an mountain on top of a skyscraper.”

So, turns out some people think having penthouses is kinda boring, so instead they go ahead and build gigantic concrete mountains on top of their apartment complex without asking permission to anyone. And by some people I mean this former Chinese government advisor who didn’t listen to any of the complains from his neighbors who had to endure six years of noise, water leaks, pounding, and whatnot. All while this fella was having fun making his own urban retreat. 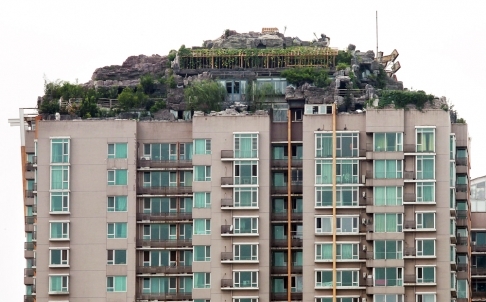 The mountain is all fake, but it does have real trees and grass. Um, awesome? At least it’s not some cheap astroturf. Now THAT would’ve been offensive.

After the neighbours did enough “noise” with the government, they have finally put an end to it and the dude has to get his crap together in 15 days or he’ll be evicted. They might as well make it a BBQ/common area for all to enjoy, no?

Now, I don’t know what that huge Chinese character at the top of the mountain means, but I’m gonna guess is something along the lines of “haters gonna hate…”