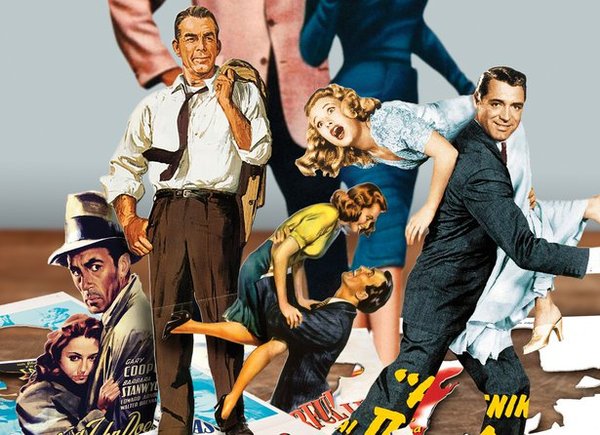 This month’s issue of The Atlantic features an article exploring how most contemporary men don’t have much a relationship (either good or bad) to the “amoral virtue” of masculine charm.

Author Benjamin Schwarz touchstone here is Cary Grant, who emerged after making over thirty films as somewhat feckless, “pomaded pretty boy” managed to emerge into an archetype of charm.

Out of nowhere he had assimilated his offhand wit, his playful knowingness, and, in a neat trick that allowed him to be simultaneously cool and warm, his arch mindfulness of the audience he was letting in on the joke. Grant had developed a new way to interact with a woman onscreen: he treated his leading lady as both a sexually attractive female and an idiosyncratic personality, an approach that often required little more than just listening to her—a tactic that had previously been as ignored in the pictures as it remains, among men, in real life.

Schwarz then asserts that this notion of male charm is rarely present in contemporary culture because charm is no longer a value in our culture…it’s “all but absent from the screen because it’s all but absent from our lives.” Charm, argues Schwarz, isn’t an inherent value, it’s an amoral virtue. Most men don’t cultivate it because they don’t consider it to be an essential aspect of being an adult male; it’s a two-faced quality, having both “allure” and “menace.” His concluding paragraph provides this insight:

Charm is a social—a civilized—virtue. But its very refinement, the weight it places on self-presentation, means that it is inherently manipulative…The charming man (or woman) always knows that he (or she) is pulling something off, no matter whether that charm is used to put the wallflower at ease, to get the soccer dad to exchange some pleasantries, or to close the sale. The charmer knows that he or she is manipulating—and in the end, it’s impossible not to be at least slightly contemptuous of the object of one’s manipulation

This is a fascinating conversation, and Schwarz’s article is a solid, quick read. Check it out in full at The Atlantic:

The Rise and Fall of Charm in American Men