Just a mere two hours from my house, there exists a Willy Wonka-like factory that pumps out all the world’s bright and bold fascinating flourescents: the DayGlo Pigment Plant. 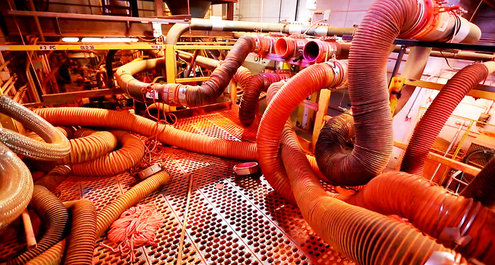 There, the factory makes 4.5 million pounds of eye-popping color per year, which goes into all the road signs, traffic cones, toys, and other ultraviolet-absorbing goodies.   Workers are still using the same machines that were built nearly seventy years ago, coating the entire space with a film of “electric pink and blaze orange.” I wonder if they ever get sick of it. 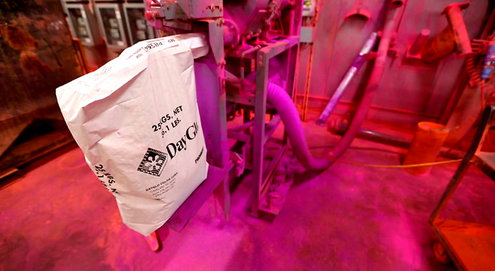 Watch the brief film to learn more about the history of DayGlo, its manufacturing process, and what exactly makes fluorescent colors so eye-catching.