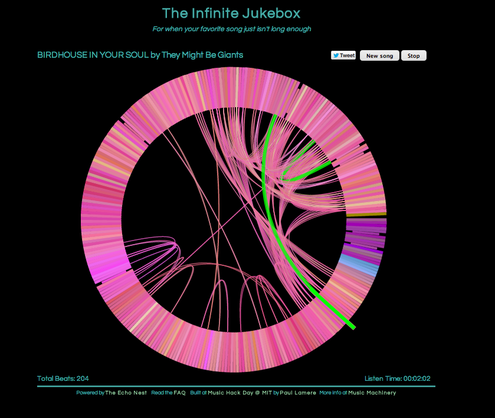 The Infinite Jukebox is a new project by Paul Lamere that allows you to upload any song to be remixes on-the-fly into an infinite loop, playing the song forever.   The generator works like this:

We use the Echo Nest analyzer to break the song into beats. We play the song beat by beat, but at every beat there’s a chance that we will jump to a different part of song that happens to sound very similar to the current beat. For beat similarity we look at pitch, timbre, loudness, duration and the position of the beat within a bar. There’s a nifty visualization that shows all the possible transitions that can occur at any beat. 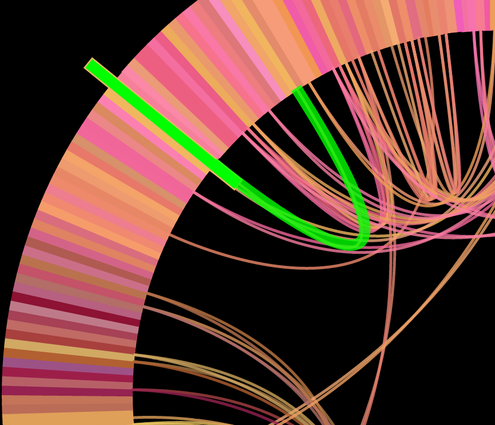 It was built for the Music Hack Day Boston on November 11, 2012. Last year, Paul built the similiarly awesome “Bohemian Rhapsichord” which allowed you to play all Queen’s “Bohemian Rhapsody” as a playable instrument on your computer keyboard.

There are lots of pre-loaded songs to try on the site, or you can upload your own. Try to pick a tune you know well, as well as one that isn’t as dance-y and remix-conducive to really see what the generator can do.