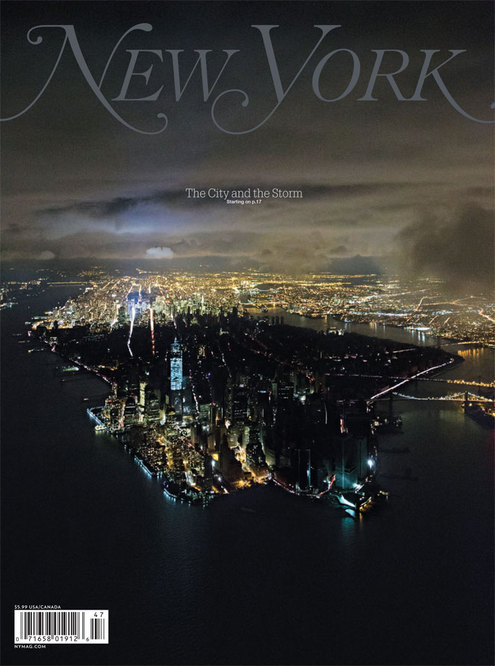 NYMag.org asked Dutch photographer Iwan Ban how he managed to shoot this soon-to-be iconic image of New York City, in the midst of the post-Hurricane Sandy blackouts, which is featured on the cover of this week’s issue of New York magazine.   They report,

“It’s quite difficult to shoot from a moving helicopter even during the day because of the vibrations,” he said. “It was super dark so I had to shoot with a long shutter time, and I could only do it because I had just gotten the newest Canon” —a 1D X with a 24-70mm lens — “which is more sensitive. I shot between 2,000 and 2,500 shots — 80 percent of the shots are a blur, 10 percent are maybe useable, and 1 percent were really sharp.”

Plus, Ban describes his difficulty in getting to JFK airport to pick up the last rental car in the city ($2000 a week), which he used to drive out to long island to rent the helicopter for the shoot. 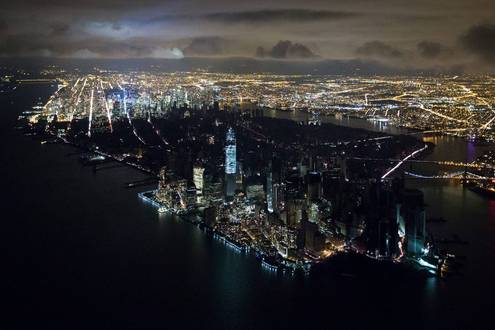