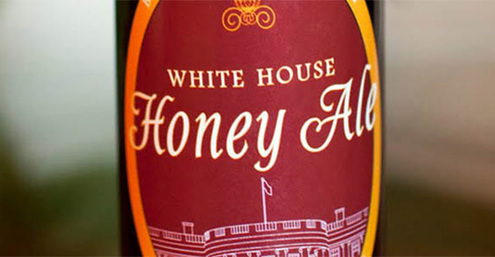 File this in your huh folder: The White House brews its own beer, and President Obama has been sharing it along the campaign trail. Apparently, the good citizens of this country are pretty curious, and they want a taste of it themselves.   Cambria at The Kitchn reports, “First, there was the online petition submitted to The White House…[Then] one clever Reddit user filed a Freedom of Information Act for the recipe, with perhaps the best closing line FOIA officers will ever have the pleasure of reading….We know there’s a House Honey Ale recipe, a White House Honey Porter and White House Honey Blonde Ale, all made with honey from First Lady Michelle Obama’s White House garden.”

People are awesome. Learn more at The Kitchn:

The White House Brews Its Own Beer: And People Want the Recipe!