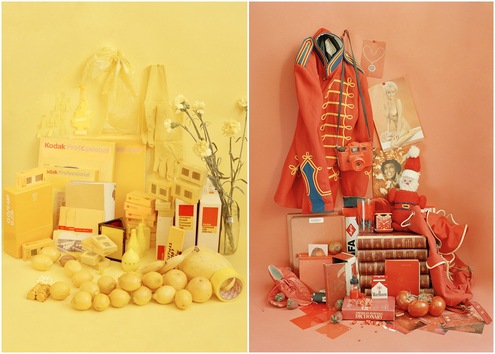 Sara Cwynar, a designer at the New York Times magazine, is an admitted hoarder. Well, maybe not a category-level, unhealthy amasser, but certainly someone on the spectrum with some significant “hoarding impulses.”

She recently sorted her collections in her Brooklyn apartment and for a new series called “Accidental Archives.” The installations feature only items Cwynar actually owned (no new objects purchased), arranged by color. 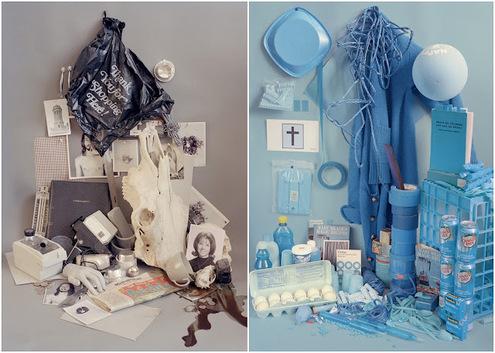 In addition to the six color-arranged photos, the exhibit also includes an installation including “items as disparate as a carton of eggs she had bought a few days before the show and photos that had been in her family for more than 20 years.” 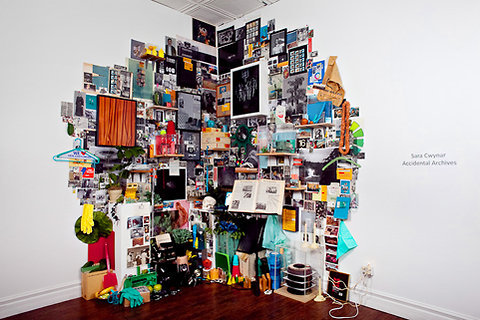 “At the conclusion of the show, Cwynar plans to destroy the entire installation. This may seem extreme considering that the piece contains irreplaceable family heirlooms. But Cwynar thinks it’s a necessary way to liberate herself from the objects and to make a commentary on the excessive accumulation of possessions.” 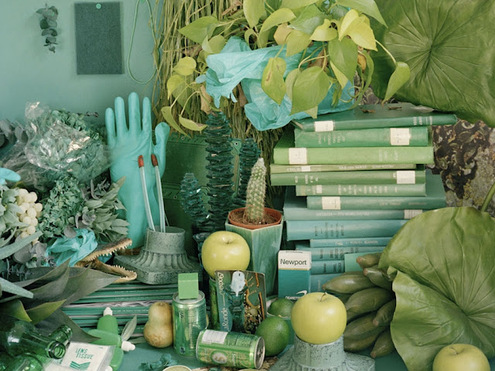 Learn more at JunkCulture and the New York Times.