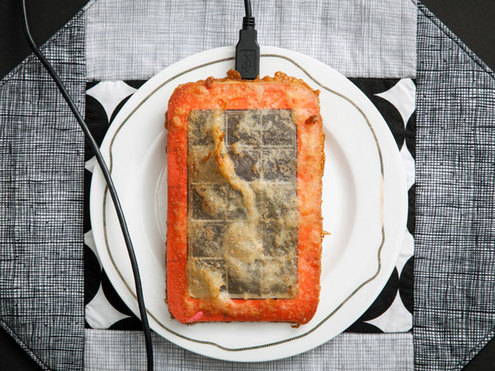 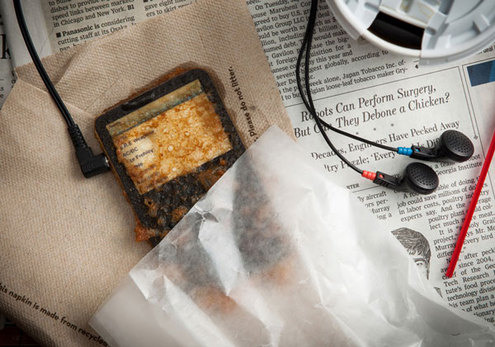 As to the meaning of the project, Flavorwire muses, “What are Americans’ most notorious addictions? If you answered fast food and awesome gadgets, you’re right…The title pretty much speaks for itself — Hargreaves deep fries electronics and then sets them out for consumption and photographs them. We think this project is a pretty effective (and hilarious) critique of consumerist culture, not to mention cool to look at.” 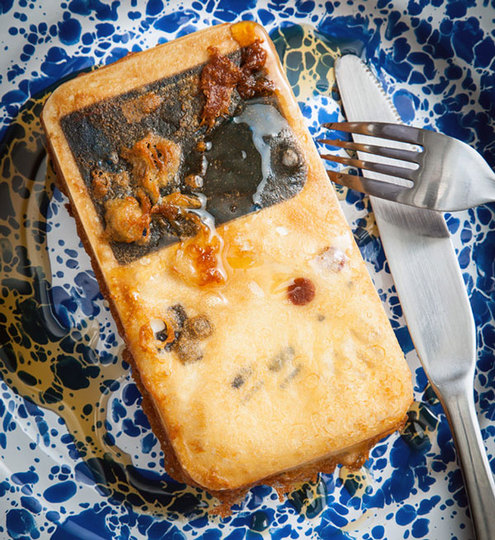 While Designboom suggests, “the series can be taken as a critique on consumerist culture, in which working technological devices are frequently discarded in favour of newer versions.” 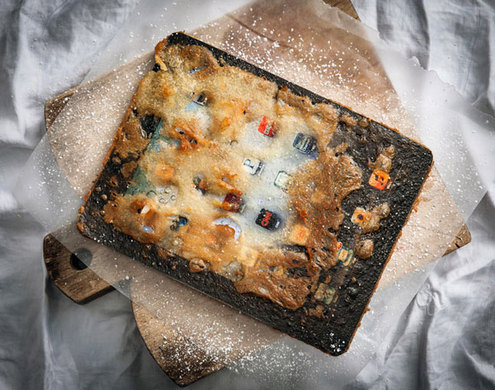