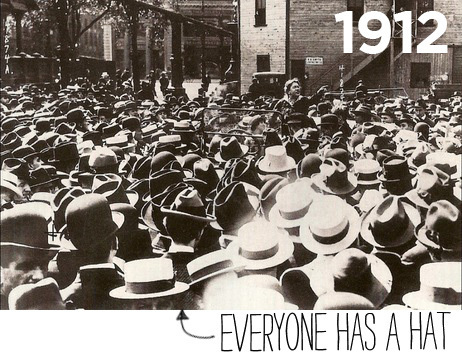 A hundred years ago, men didn’t leave the house without a hat. Example: the image above, a rally in Union Square in NYC, full of people, full of hats. 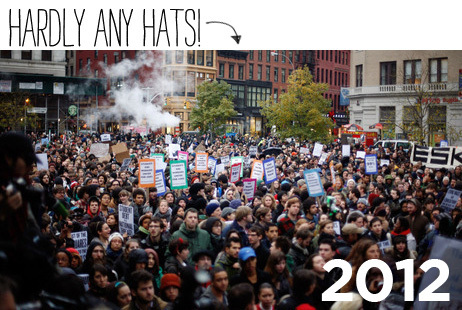 “But I am the son of a hat designer. And my father, Allen S. Krulwich, had a different explanation. The president who de-hatted America, he thought, was Dwight Eisenhower.”

It’s a fascinating discussion, and well worth the read. (Hint: there are cartoons!)

Check it out: Who Killed Men’s Hats? Think Of A Three Letter Word Beginning With ‘I’