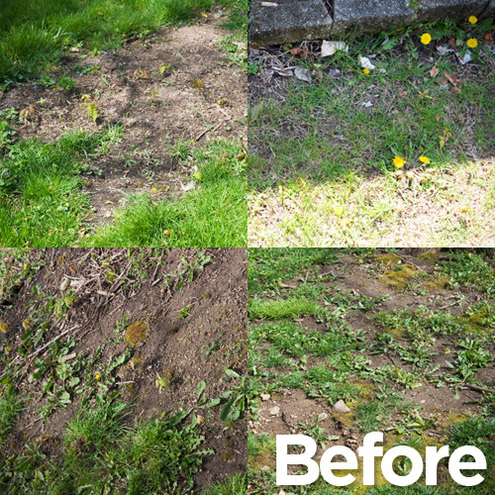 My brother-in-law, Nathan, is a self-proclaimed, um, minimalist lawn care guy. He grew up in a house with a steep, turf-covered backyard hill, and as the youngest son, was the mower of choice as soon as he was big enough until he graduated from college.

And now, in his own house, with the scars of his Sisyphean task of pushmowering up the world’s steepest backyard, he’s not the hugest fan of taking care of his turf. I mean, who would be, when you’re an awesome dad and you’re faced with the choice of hanging out with your totally rad kids or mowing the grass?

But, after nearly ten years in this house, with plenty of patches and a healthy collection of dandelions, crabgrass, thistles, and all sorts of other weeds, even Nathan realized his yard could use a season of TLC. So, armed with a fresh perspective and the knowledge I gained at the Pennington Seed for Yourself Summit, I decided to help. 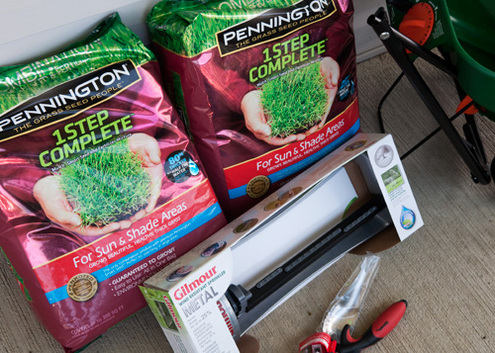 Since the biggest problem at my sister’s house is patchiness and poor growth under the shade, we opted for Pennington’s 1-Step Complete for Sun & Shade, which contains the seeds, mulch, and fertilizer in the same bag, and is designed to deal with a variety of sun exposurers. Since the best way to get new seed to grow is consistent watering, we also picked up a fresh sprinkler, some weed-pulling tools, a bow rake, and a grass seed spreader. More on that one later.

We began by spending a few hours prepping the lawn. We pulled out all the dandelions and thistle, and mowed the grass on the lowest setting possible to expose as much dirt as possible. Then, we used a hard rake to loosen the soil and remove all the debris. This allows the seeds to come in contact with the soil, and allows water and the fertilizer to actually affect the roots of the grass. 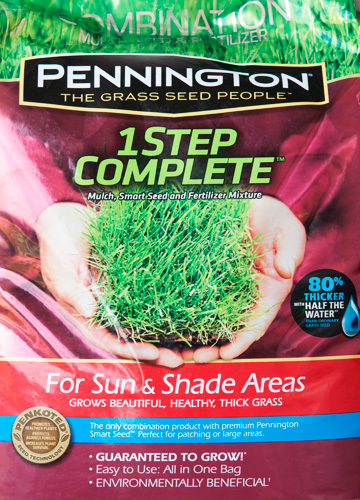 After a few hours of removing and clearing old leave piles, forgotten piles of sandbox sand, and plenty of other unexplainables, we finally busted out the 1-Step and poured into the spreader. And as soon as I did, I remembered what I’d learned in Oregon: this mix is designed for patches, and as it includes the mulch and fertlizer in the mix, doesn’t work in a spreader. Duh, Chris. So, we took the spreader back and picked up another bag of 1-Step Complete to fill even more sparse spaces. 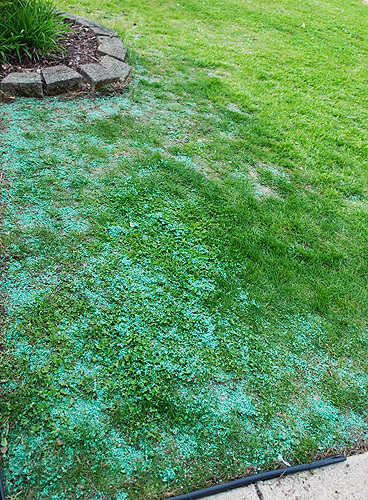 We spread a thin, even layer across all the shady and patchy areas, and filled in the dirt spots in the backyard, where grass has probably never grown. 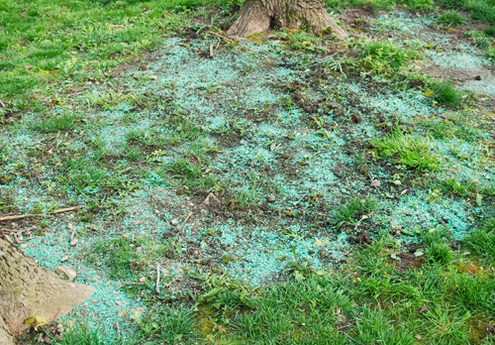 Around the back porch, we cleared a 12″ border around the pavers, where my mom promises she’ll bring up some perennial cuttings from her own yard and fill it in next time she’s in town. 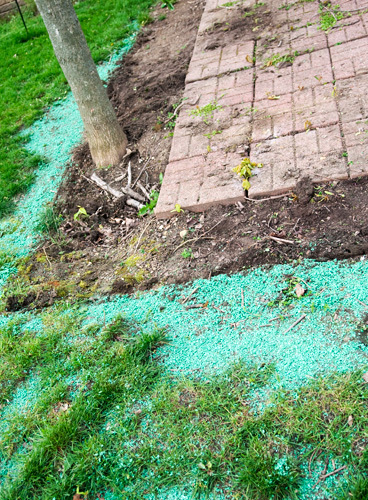 And then, we watered. If I learned anything at the NextGen facilities, is that consistent but responsible watering is how you get great grass, especially when starting from seed. And because I’m a good uncle, I also proceed to water my niece, seven, and my nephew, three. 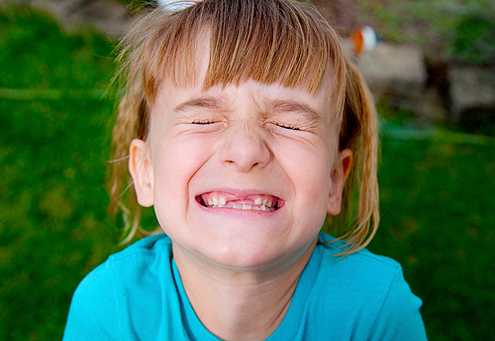 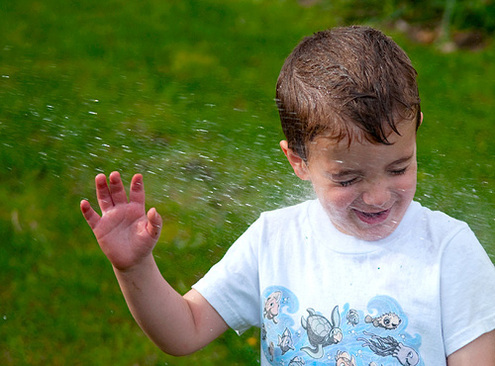 Cause that’s what you do. These two heroes waited seven hours to get out that hose. Champs, both of ’em. 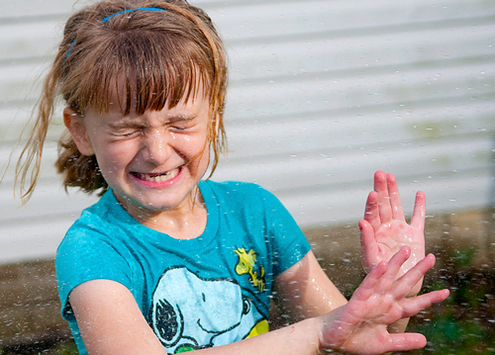 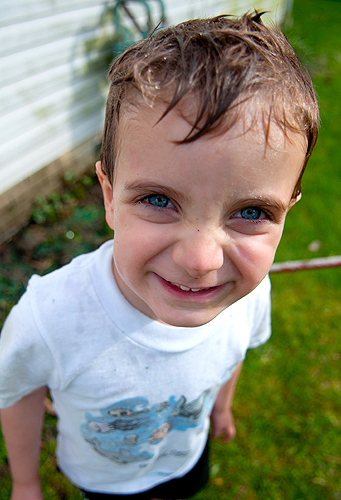 So, a very, very successful day. I can’t wait to see what starts to grow. Thanks to Pennington Seed for making it possible.

Pennington Seed, Inc. and their parent company Central Garden & Pet partnered with bloggers such as me to help educate us all about grass seed. As part of this program, I received compensation and was hosted by the company for a kickoff event. They did not tell me what to purchase or what to say about the use of the products. Central Garden & Pet believes that consumers and bloggers are free to form their own opinions and share them in their own words. Central Garden & Pet’s policies align with WOMMA Ethics Code, FTC guidelines and social media engagement recommendations. 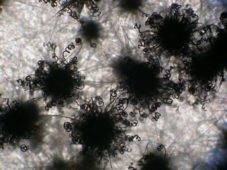