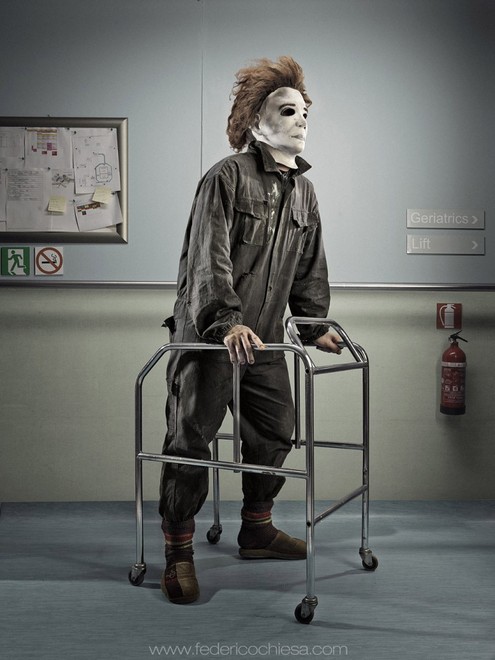 It’s always fun to discover the child actors we knew as kids, and see how they grew up alongside of us. Or perhaps even envision what the characters they portrayed might be doing now. Photographer Federico Chiesa takes a similar route, but explores what might have happened to the bad guys from some classic horror and sci-fi movies. After all, you can’t get stabbed and shot and caught on fire over and over again without some consequences. 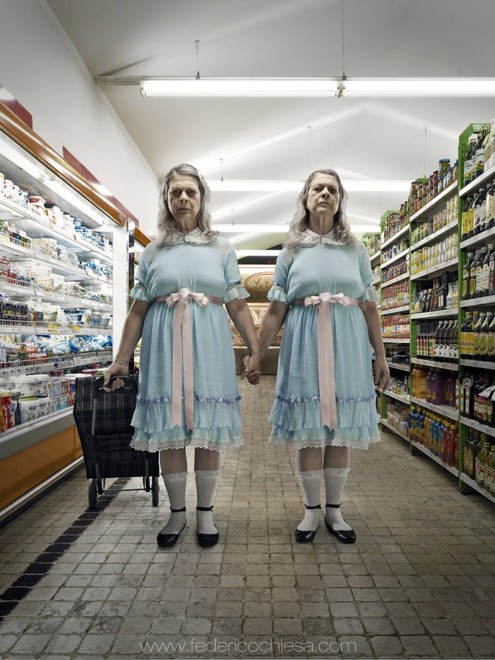 The captions and descriptions provided by Unfinished Man give a little color commentary for the images, such as “After being trapped for most of their ghostly eternity in the snow bound Overlook hotel, even the most mundane tasks are almost impossible for the terribly maladjusted Grady twins.” 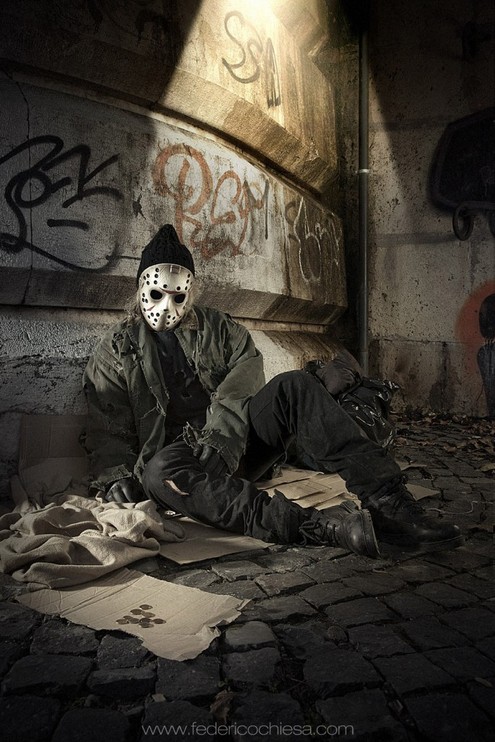 “After surviving multiple machete wounds, axe blows, being buried alive, and a lightning strike, Jason Voorhees’ crushing medical debt and inability to just lay down and die forces him into poverty and life on the streets.”