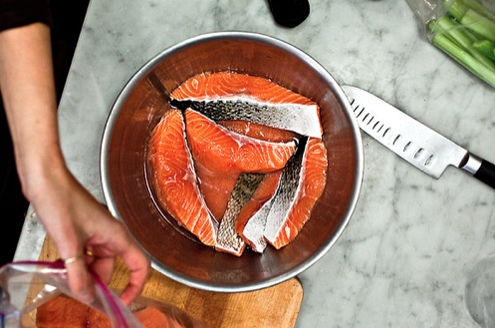 If you’ve seen any sort of cooking shows on television, or read food magazines, or cookbooks, or. you know, go to restaurants…you’ve noticed there’s been a change in the way that high end chefs are preparing our food. Laboratory equipment and texture-altering (but perfectly healthly) chemicals have found their ways into restaurant kitchens, fusing the best of scientific understanding with the art of cooking.

Some have called it “molecular gastronomy,” and many “modernist cuisine,” but most of these techniques haven’t really been available to the home chef without an immersion circulator, tanks of liquid nitrogen, and a lab storage facility next to their spice cabinet.

Until, of course,Nathan Myhrvold author of the six-volume (and $450) Modernist Cuisine hooked up with New York Times food columnist Melissa Clark to create some avant garde dishes without a sous-vide water bath, foams, or fancy chemicals of any sort. 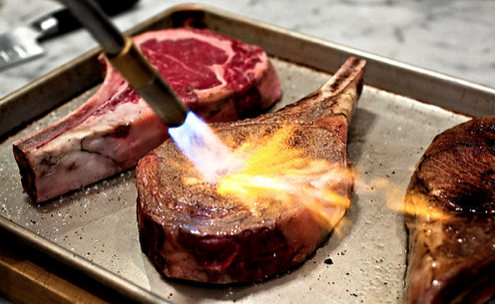 They do, of course, employ a blowtorch, but who doesn’t want an excuse to pick up one of those. (They’re not expensive…but you could just as easily use a screaming hot skillet).

The pair created an entire dinner party using the techniques from Modernist Cuisine, but none of the inaccessible ingredients or impratical-for-the-home technology, including: