There are drinks that are fairly easy to serve, such as beer and wine, as you simply need to open and pour. Many spirits can be enjoyed in nearly the same way: whiskey neat, brandy in a glass, sake warmed. There are the highballs that are fairly easy to figure out: the vodka cranberry, rum and Coke, gin and tonic. There are the drinks that are so open to interpretation, you’ll likely never make them the same way twice: the Bloody Mary comes to mind, as does any number of adverturous use-what-you-have mixes. 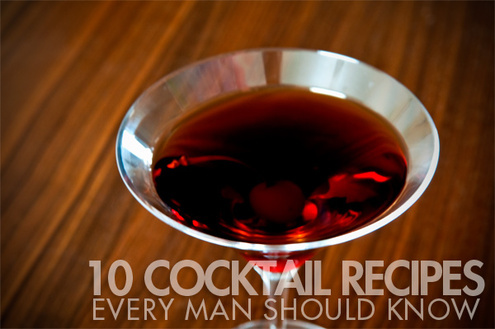 But then, there are the classic cocktails, those time-proven combinations that have proven themselves for decades. Besides being tasty, these have emerged as the standards for a reason: they’re made from typical ingredients that you can find easily, at any store, and probably should be keeping in your own home bar.

They’re so essential, I’m making the claim that every man should have these recipes memorized so he can shake one up at a moment’s notice. Trust me, you want to be that guy that knows how to mix drinks: at a get together, after a date, at a work function or meeting. None of these are particularly difficult to commit to memory, and once you’ve got ’em, you’ve got ’em, and they’ll never go out of style.And so, in no particular order, ten classic cocktail recipes every guy should know. 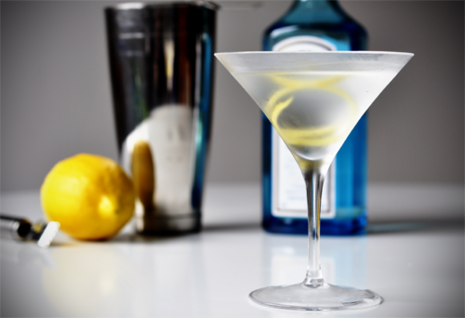 1. The Martini No cocktail is more standard that the classic gin or vodka martini. It’s simple construct represents what cocktails are all about: a spirit, a supporting character, and an aromatic. Done. See the ManMade video for how to stir one up here. (That’s right. Stir. James Bond is simply confused on this one.)

2. The Negroni and the Americano This is my favorite of the bunch. Though it’s traditionally an aperitif, and enjoyed before a meal, I think it works pretty spectacularly throughout, and with most types of European and American food. Plus, it’s texture and brilliant color can’t be beat. Get the recipes for both...

3. Tom Collins Refreshing, light, fizzy – all the standard adjectives you use to describe a drink that you’ll have had three of before it sneaks up on you. Reminiscent of lemonade, but a thousand times better. 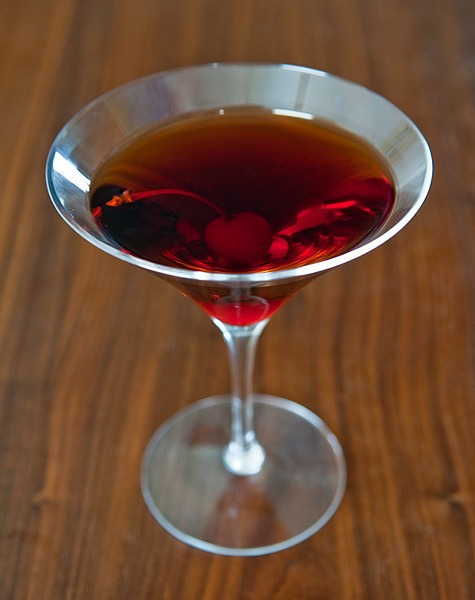 4. Manhattan and the Rob Roy  Nothing shows off the grain flavors of whiskey like a little bitters and some sweet vermouth. I like to make mine with a rye whiskey, particuarly the very inexpensive Old Overholt. But, I’ll admit to actually preferring a Rob Roy, which is a particular Manhattan made with scotch. It’s a great way to enjoy a less- expensive younger or blended scotch. Get the recipes for both here.

5. The Gimlet found popularity in the post-Prohibition 30s and 40s, and became successful due to its signature ingredient: Rose’s Lime Juice. I’ve made these with healthier, fresh juice and more natural sweeteners, but honestly, I prefer them the old way.

6. Mint Julep The magical thing about bourbon is that it can help warm you up when it’s cold out, and cool you down when it’s hot. And no drink better represents the latter like the Southern favorite, the Mint Julep. Make them on Derby day, make them on any day. 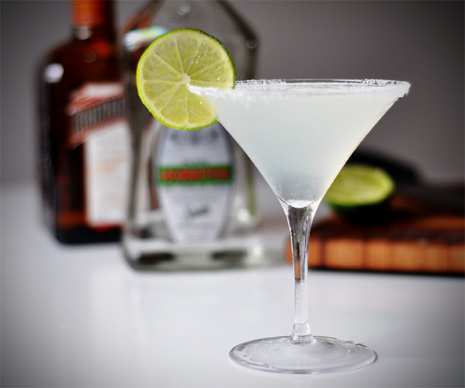 7. Margarita If there’s ever a case for making a drink at home instead of getting one in a bar or restaurant, it’s the margarita. Sure, that neon green slurpee they serve at the local Tex-Mex joint has the tasty scream of tequila (hopefully) and salt, but that’s about all it’s got going for it. Tossing the sour mix and triple sec and opting for fresh lime juice and high-end orange liqueur will change your mind about margaritas. Plus, it’s a great one to keep around to impress others; even people who say they “don’t drink” drink margaritas. Watch the ManMade video on how to shake one up here.

8. Greyhound and/or Salty Dog There’s a bit of a debate around what distinguishes these two drinks. From the research I’ve done, both are simply vodka and fresh grapefruit juice, built in an iced glass as opposed to shaken. The difference lies in the Salty Dog’s salted rim, where as the Greyhound is without. Either way, they’re awesome, perfect for brunch, and you can make them by:

If making the Salty Dog, rim a highball glass with juice or water, and dip in coarse salt.

10. Sidecar Today’s high-end brandy is typically enjoyed on its own, warmed by your hand or a tiny flame in a snifter, or gentlly mixed with a liqueur, such as Benedictine. But less expensive brandies do well with a little flavor boast known as the Sidecar. Another favorite of mine, its recipe is not-surprisingly similar to a margarita, as its the forebearer of that latter drink, but with a flavor and experience all its own.