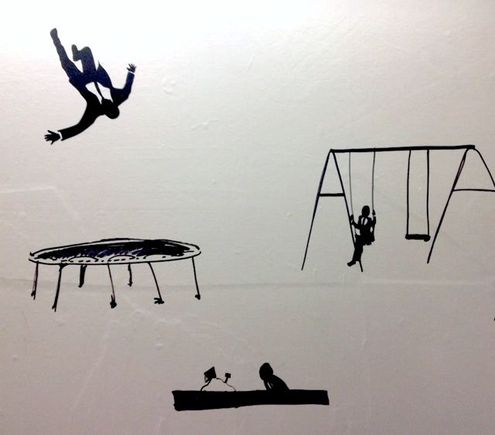 A few week’s ago, AMC released an advertising campaign in New York City’s subway system to promote the latest season of its beloved Mad Men. Keeping with the show’s minimalist intro, the art contains a giant white canvas with a falling silhoutted man, with the words “March 25” 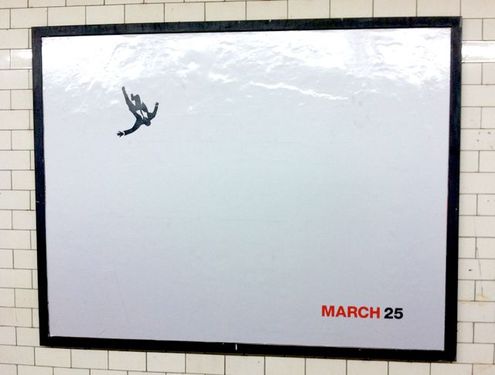 That’s right. A giant white piece of paper inside subway stations. You can imagine what comes next. 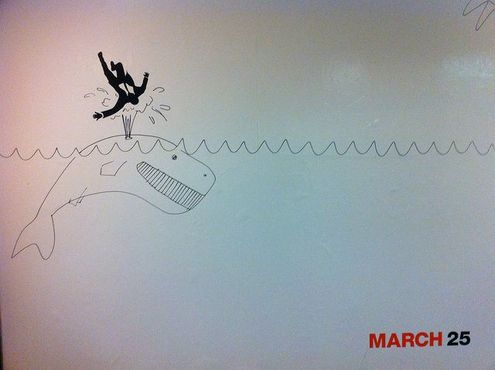 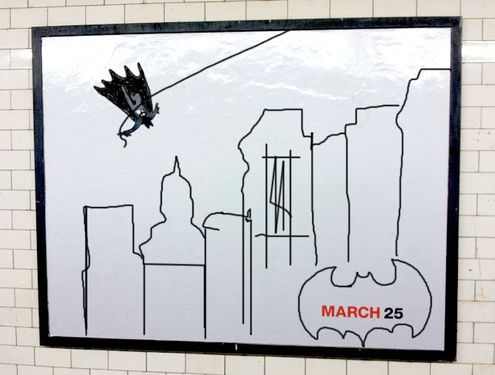 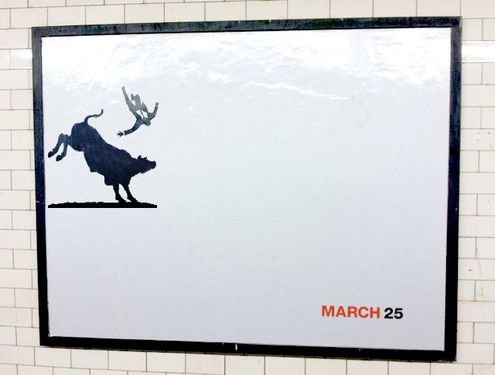 Then,  Gothamist shared a clean, blank canvas on its site, and invited the Photoshoppers to have a heyday. And they did. 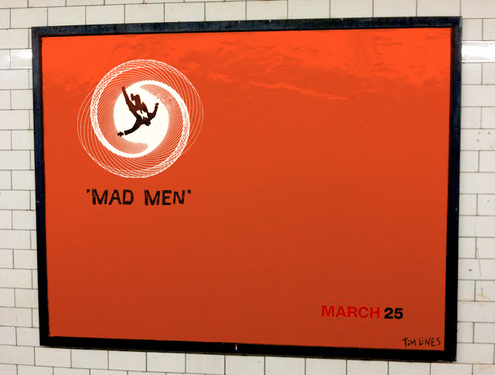 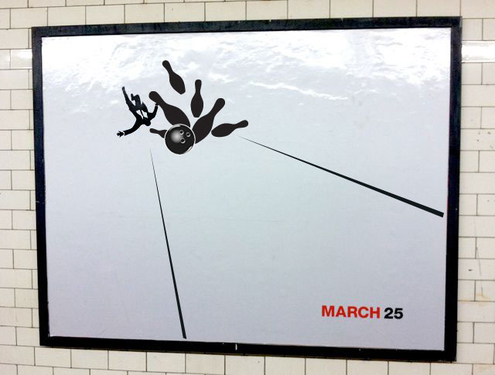 See all the interpretations and Mashups at Gothamist: Here and here.

Perhaps this was exactly what AMC were going for?