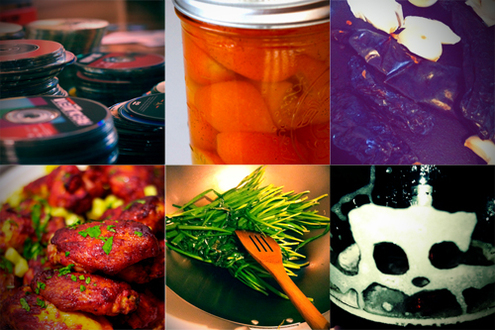 You know how there’s those weekends when it’s Sunday night, and you look up, and you’re like, “Man, what did I do with my time?” This was definitely not one of them.

Friday was one of the first nights of 2012 that it actually felt like winter…which, seeing as it was February, I kinda like. I like it when my spine aches from shaking cause it’s cold. I’ve been missing that.

We (my lady and I) both finished work a bit early on Friday, and so we were able to go out and hit happy hour at this new pub in our neighborhood. It was, um, weird. The food was awful, and the drink selection not so great, and it was full of weird, mid-thirties pseudo-business people who were, let’s say, letting off way too much steam. They were having a wedding shower (?) and there were babies: infants, toddlers, et al, in the bar. Being passed around by drunk people.

But, I did manage to drink this weird animal skull shape into my beer: 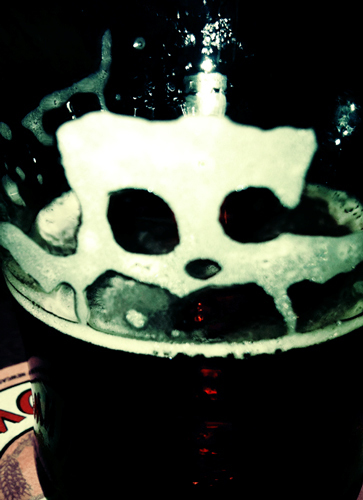 Afterwards, we saw a dollar showing of J. Edgar, which was the cinematic equivalent of the pub we just went to: shoulda been good but wasn’t. Interesting story, strong performances, but was kinda terrible as a movie. I think I’m done giving Clint Eastwood a chance with movies…the last five have been just plain awful.

But you know what? I could care less that the food and the film were both cruddy. I had an amazing evening, and spectacular and meaningful conversation with my gal, and loads of fun, cause we braved through it together.

Saturday was full of deep cleaning and cooking. I’d been meaning to go through my physical media to make space for new books on my shelves, and I figured it was as good of a day as any. 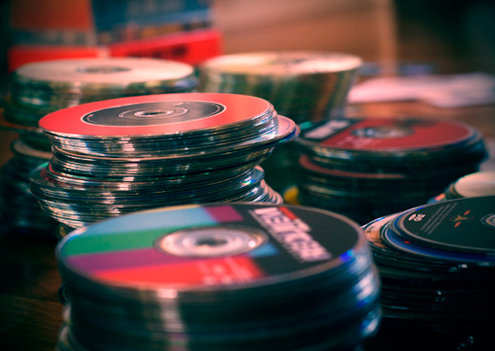 So, while various pots of soups and stocks bubbled away on the stovetop, I organized my young adulthood. I haven’t bought a CD in five years, and a DVD in three, and I’ve gone through my library many, many times, whittling them down the essentials. And yet, somehow, I was able to get rid of even more this time. (I watched Beats, Rhymes, Life, the A Tribe Called Quest documentary by Michael Rappaport while sorting. It was pretty great.)

It was hard. I nearly cried a few times. I felt like I was throwing away my teenage days, my college experience, my early 20s. And that’s okay…in some ways, I was. But, I was making space for new things…namely, all the great books I got for Christmas this year. And I’d rather have cookbooks on my shelves than DVDs I don’t watch. Stay tuned for more of this in a dedicated blog post later this week. 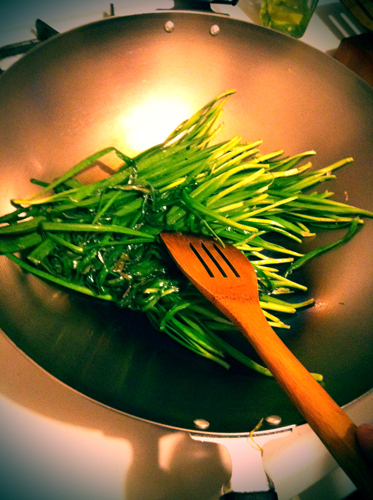 On Saturday evening, we hit up the local Asian market, and I finally got around to seasoning my wok, also a recent Christmas gift. Woks, like Western cast iron cookware, need to be seasoned and maintained. First you gotta cook a bunch of Chinese chives with plenty of oil over high heat. The chemicals in the chives absorb the metallic tastes from the carbon steel, and the oil begins a slow patina-ing process, which I’ll continue to develop over the next year or so.

I love it. I’m amazed by how different it is, compared to Western style cooking. Even at my first try, I could get hints of wok hay – that “breath” of a wok that comes from cooking over high heat in such a pan. I can’t wait to learn more. 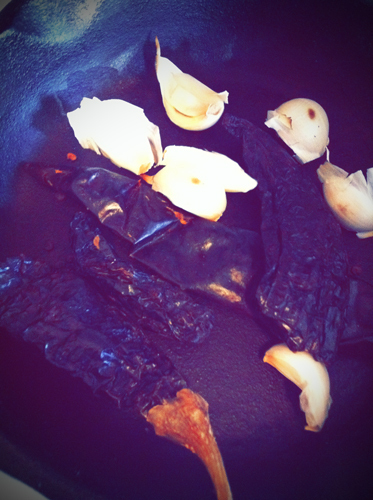 On Sunday, I finished up my cleaning/sorting projects, took some photos for work stuff, and continued to cook all kinds of goodies. Finished the soups, roasted a chicken for the week, and made three fresh salsas to keep in the fridge…which really come in handy when you work at home. Those are the pasilla and morita chiles toasting up there with garlic cloves.

We brought up the process canning gear, and made pickled kumquats, which are freaking amazing. If you’ve never had them, they’re a citrus fruit that tastes kinda backwards – the (edible) peel is sweet, while the fruit is sour and bitter. I love them. Pickling makes them more sweet and acidic, and adds spicey flavors (anise, cloves, black pepper) and creates a more pleasant texture. 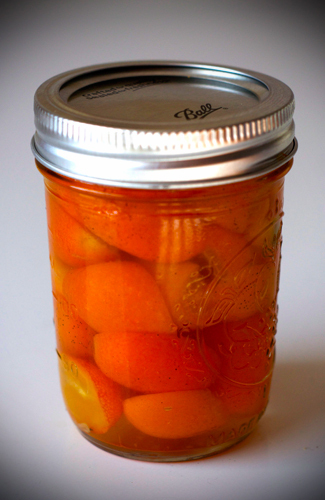 We also made kimchi (more on that later as well), and a fun dinner. I’d had some al pastor marinade in the freezer I needed to use up, so I figured, since it was the Superbowl, why not try it on some chicken wings? And… 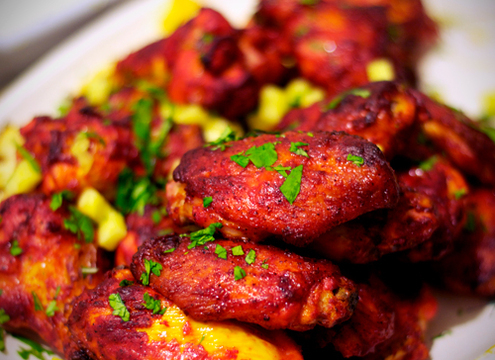 They totally worked! We baked them, marinade on, at 425 for about 45 minutes, and they were as crispy as baked wings can get. The flavor was awesome, and with a bit of cilantro and the traditional grilled pineapple and some extra hot sauce, they were totally worth the calories.

And…we didn’t watch the game. Not a second of it. But I did finally manage to view Weekend on Netflix, which was two hours very well spent.

What’d you do? Please share in the comments below.