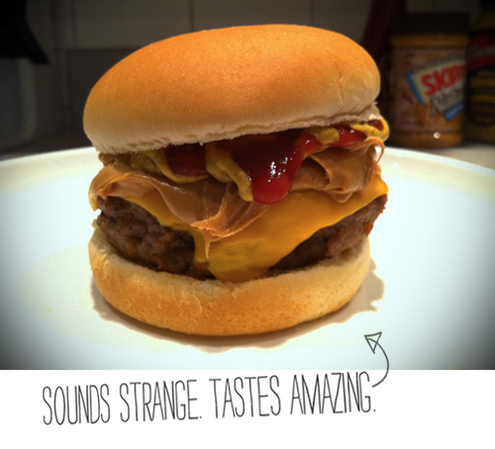 Fifteen years ago, I first heard about peanut butter cheeseburgers, and I assumed it had to be a joke. I was at a sports bar in my hometown in Iowa that had this vile sounding concoction on the menu and my friends were adamant that I would love it.

So I ordered it, and immediately fell in love. And I’ve been eating them ever since.

Now whenever I tell people about this delicacy, the reactions I get tend towards the intense. But believe me…peanut butter cheeseburgers are amazing. The sweet, gooey peanut butter compliments the savory burger patty perfectly, and believe it or not, the ketchup and mustard mixed in there makes for a perfectly heavenly bite.

If there is ever a reason to cite the “don’t knock it ’til you’ve tried it” trope, this is the one.

Obviously, making a peanut butter cheeseburger isn’t terrifically complicated. You’re just putting a big glob of peanut butter on a regular burger. So I won’t try to make that process seem more elaborate than it really is. I will, however, show you my burger recipe, because a good PB cheeseburger relies first and foremost on a good burger. I’ve been using this recipe for quite a while now and to be entirely honest, I don’t even measure the ingredients anymore. It’s a pretty basic recipe, but it makes some juicy, wonderful burgers. 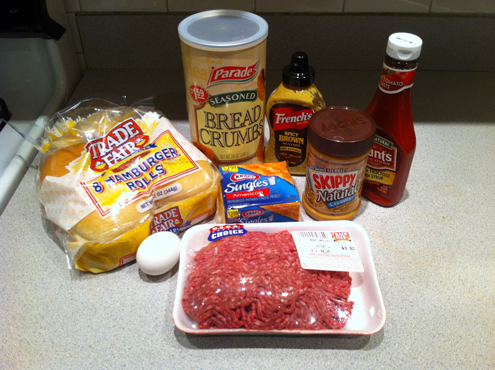 1) In a large bowl, mix the ground beef, bread crumbs, egg, ketchup, mustard, salt and pepper. The bread crumbs and egg are key. Don’t skip them. They hold the burger together and keep the juicy goodness in.

2) Grill your burger as usual, top with cheese, ketchup, mustard and a generous scoop of peanut butter. Personally I don’t like to put anything else on the burger (lettuce, tomatoes, onion, etc.), but feel free to experiment. 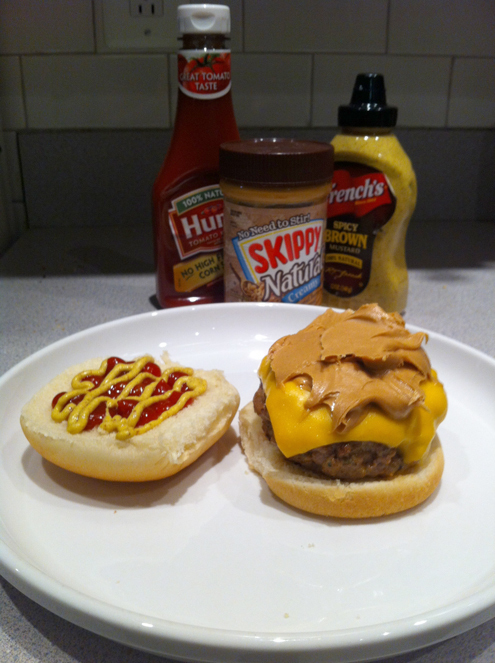 I imagine some of you are probably not convinced that this is as delicious as I’m claiming. But it is. You just have to try it. And take it from me, peanut butter cheeseburgers are a good conversation starter too!