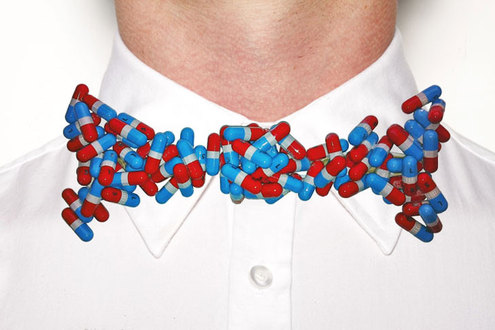 When Queens, NY-based artist Nicholas Ruiz had finished up the work for the Picasso: Guitars 1912–1914 exhibit at the Museum of Modern Art, Ruiz decided to pay tribute to the artist by creating a custom bowtie from guitar picks and super glue for the exhibit opening. 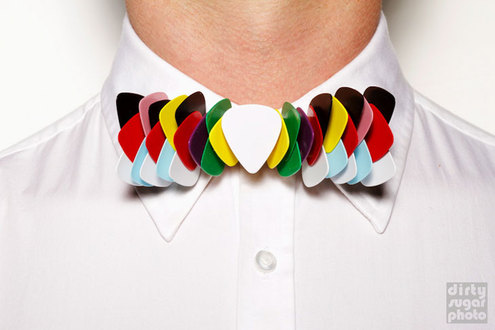 The result was the first in what would eventually become his “Bow Tie Collection,” a series of 11 ties inspired by exhibits at MoMA over the course of 2011.

For the Armory Show after-party, Ruiz created a bow tie using Legos from his childhood. When he needed to gussy up for the launch of German Expressionism: The Graphic Impulse, he turned to wine corks from the restaurants of his favorite chef, Jose Garces. “Since then, I’ve become increasingly more fascinated, or some would call obsessed, with bow ties,” he tells Ecouterre.

“Obsessed” doesn’t even begin to cover it. Ruiz has sought out other bow-tie aficionados, including Jeff Vasquez, a New York City math teacher who launched 1,000 Days of Bow Ties to commemorate his 1,000th consecutive day of teaching. Besides wearing a bow tie every day for the next 1,000 days, some of them courtesy of Ruiz, Vasquez will also be raising money for the Achievement First network of public charter schools in Brooklyn and Connecticut. 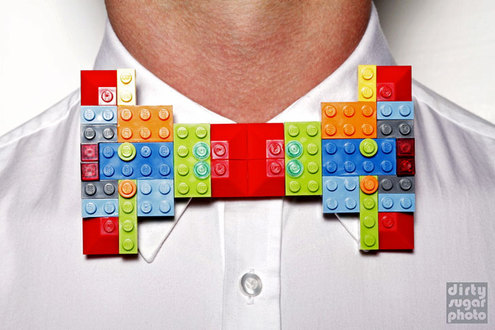 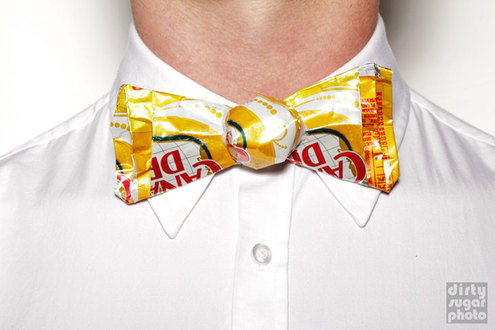