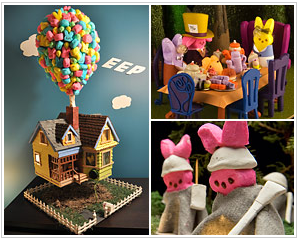 Marshmallow peeps – those eternal reminders of the Resurrection (and by eternal, we mean standing alongside Jesus, cockroaches, and Twinkies in their outlasting the Armaggedon) – happen to be sized just right to be sugary-squeezed into dollhouse furniture.

Which makes them perfect fodder for endless entertaining dioramas featuring bold yellow bunnies and cruchy cyan chicks. For the last four years, the Washington Post has been hosting a contest, calling for all sorts of creative scenarios to place these neon sugar-coated ‘shmallows. 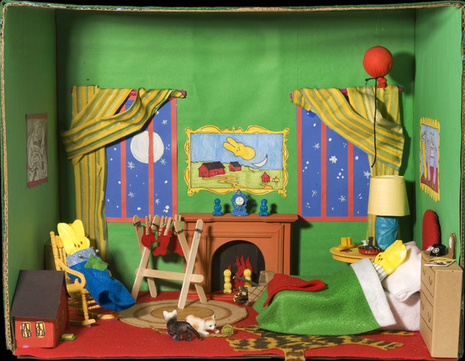 “Our annual Peeps diorama contest is a cultural barometer — a three-dimensional essay on the state of the nation’s collective consciousness, a sticky finger on the pulse of what’s popular. This year’s 1,100-plus entries told us what’s on your minds once again, and we sifted through that flood of submissions, painstakingly narrowing the contenders in our fourth annual contest down to 50, then down to five, and finally down to one” 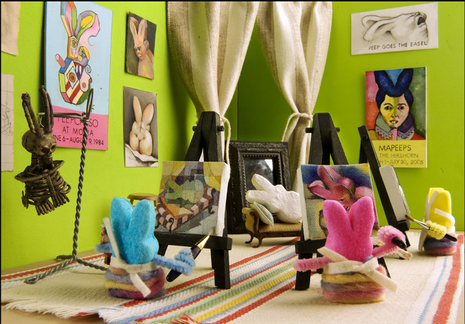 That “one” this year is “Eep,” a homage to “Up” which recreates Carl’s house from popsicle sticks and the thousands of balloons in Peep parts. 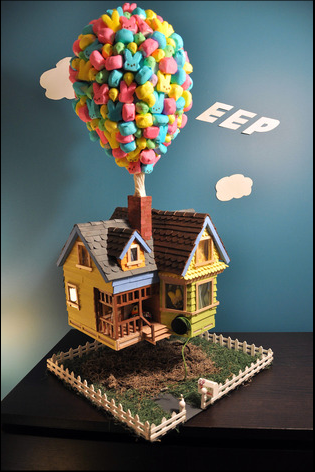 See it and all the entries at Pick of the Peeps: Peeps dioramas serve up a candy-colored take on pop culture